Fifty years today, on May 4, 1970, the first iteration of the National Canal Museum (then known simply as the Canal Museum) opened to the public at the Forks of the Delaware. Ordinarily, this would be the time and place for a celebratory recounting of how that little museum near the entrance lock of the Delaware Canal on Route 611 evolved into our current National Canal Museum. But instead, today we need to celebrate the life and legacy of the man who was chiefly responsible for what that museum grew to be: Lance E. Metz. 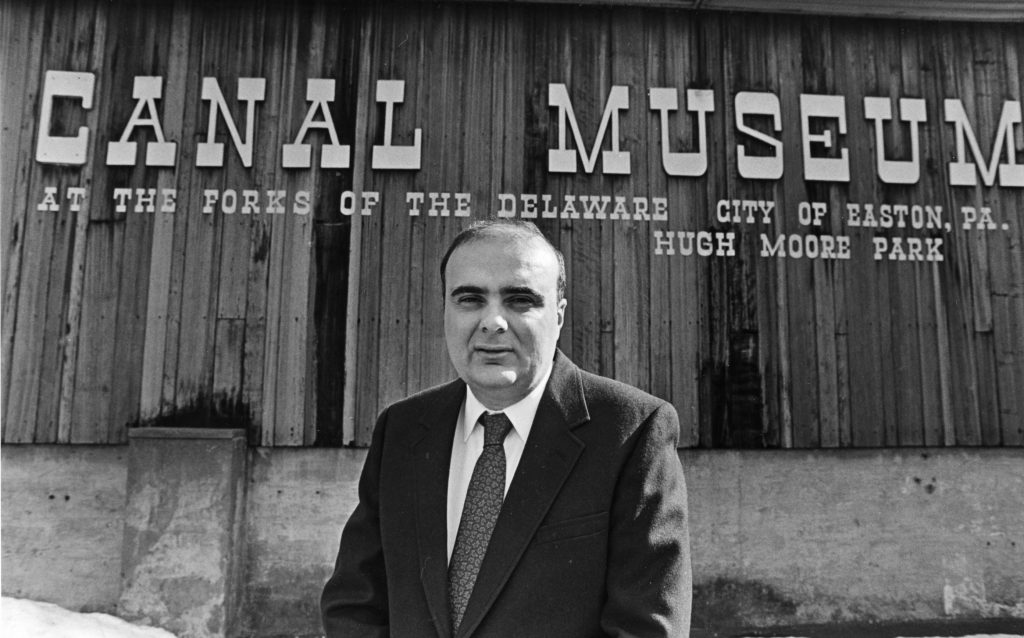 Lance died on Saturday, May 2, at the age of 71 of the COVID-19 virus. He was the historian for the National Canal Museum for 29 years, but that one-word title doesn’t begin to describe what he did with that job. Armed with a wide-ranging intellect, a prodigious memory, and energetic cultivation of a large circle of friends, colleagues, and contacts, Lance broadened the original mission and collections of the National Canal Museum from a focus solely on canals to encompassing the entire story of how the 19th century transport of anthracite coal transformed not only our region, but all of the U.S. into an industrial and economic powerhouse.

At a time when there were few repositories for industrial history, Lance collected—and saved from destruction—hundreds of documents, records, photographs, maps, and artifacts of the coal and canal companies, railroads, iron works, steel mills, foundries, bridge constructors, engineering and mechanical firms, and textile mills. He also collected and documented the stories of the people who founded, invented, worked in, and ran those industries. As Bethlehem Steel’s future began to become doubtful, Lance became the team leader for the Historic American Engineering Record survey team which recorded many of the 19th-century buildings at the Bethlehem plant, and led the comprehensive photo documentation project for the plant and its workers. In 2005, he received the Society for Industrial Archaeology’s highest honor, the General Tools Company lifetime achievement award, for his work in preserving the legacy of Bethlehem Steel and the Bethlehem plant.

Lance’s passion for history was an essential part of his character. The annual Canal History and Technology Symposia, which ran for thirty years, were partly the result of his love of getting together with like-minded people and adding to the pool of history scholarship—both amateur and professional. His historic photo lectures and commentaries on old industrial, railroad, mining, and canal films were engaging and information-packed. He could both stun you with minutia on a topic and pull you into a sweeping story of how the events of the past have brought us to where we are today. That vision was what led Lance and the leadership of what was known as Hugh Moore Historical Park and Museums, then the umbrella organization of the Canal Museum, to strongly advocate for the creation of the Delaware & Lehigh National Heritage Corridor, which was achieved in 1988.

Today, the Museum is a signature program of the Corridor, where the images, records, and artifacts tell the stories of our past and give us guidelines for our future. Because of Lance, I—and many other people here and around the country—learned to appreciate the depth, breadth, and immense significance of the history of our region to the entire United States.

The race is run, the prize is won. Rest in peace, my friend.