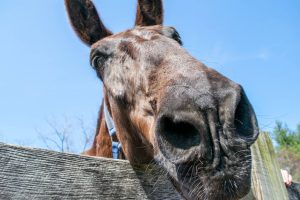 Today, October 26, is National Mule Day.  Like our beloved “boys” George and Hank, most mules are smart, strong, hardworking, and generally placid and peaceful.

But Wednesday October 28, is the anniversary of the day Army mules went into battle—and won.

The night of October 28, 1863, a Union Army relief and supply column that included wagons pulled by 200 mules was attacked by a Confederate unit near Wauhatchie, Tennessee.  The mules, panicked by the noise of the battle, broke their traces and stampeded—straight into the Southern infantry. Believing they were being charged by Union cavalry, the soldiers broke ranks and scattered, ending the attack.

An anonymous Union soldier from Ohio was inspired by the mules’ exploit to rewrite Tennyson’s poem The Charge of the Light Brigade to extol their victory.  The original poem was spread widely through popular media, and included in the 1888 soldier’s memoir Hard Tack and Coffee by John D. Billings. Here’s an excerpt, which we found in the Fall 1987 issue of the Canal Museum’s newsletter, The Locktender.

The Charge of the Mule Brigade: 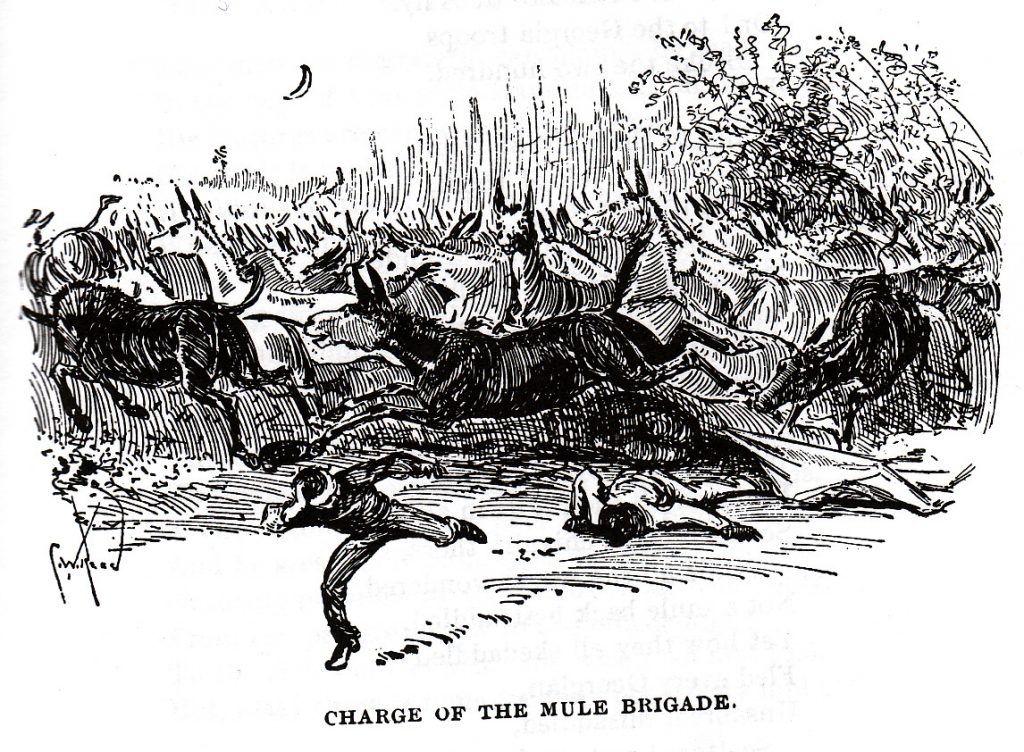 Ink drawing of the “Charge of the Mule Brigade,” reproduced from “Hard Tack and Coffee,” written by John D. Billings and illustrated by Charles W. Reed, 1888.

Half a mile onward,

Right toward the Georgia troops

“Charge for the Rebs!” they neighed;

Straight for the Georgia troops

Was there a mule dismayed?

Not when the long ears

Theirs not to make reply:

Theirs not to reason why;

Theirs but to make them fly

On! To the Georgia troops,

Mules to the right of them,

Mules to the left of them,

Breaking their own confines,

Into the Georgia troops

When can their glory fade?

O! the wild charge they made!

All the world wondered.

Honor the charge they made,