This #MuseumMonday, we pay tribute to Erskine Hazard, who co-founded Lehigh Coal & Navigation at the side of the more well-known Josiah White.  Born on this day, November 30 1789, Hazard is “one of the towering figures in the history of the D&L Corridor,” as historian Martha Capwell-Fox writes below.  Read on to find out about one of the National Canal Museum’s most treasured collection items, and a little about the life of this extraordinary man. 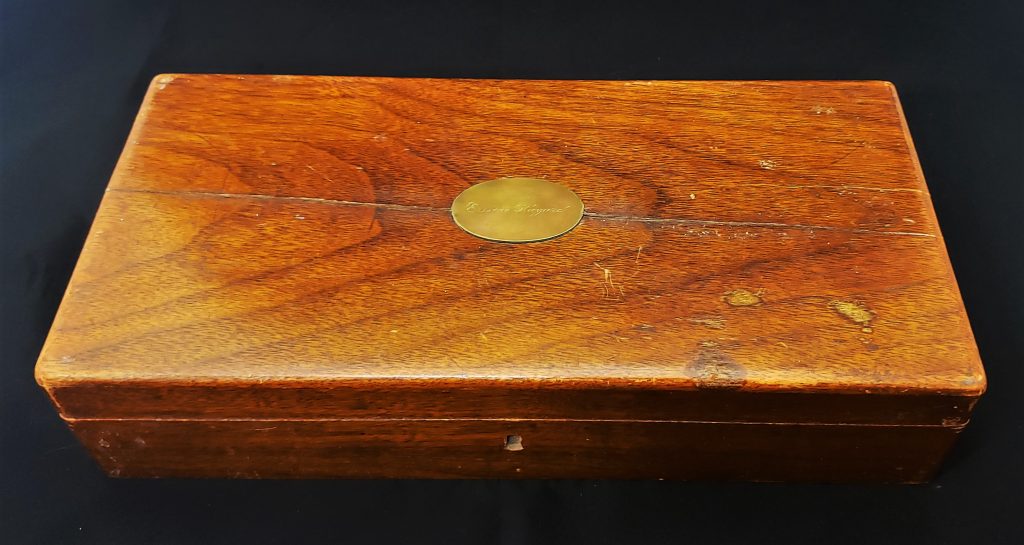 Case of Drafting Tools, engraved with the name “Erskine Hazard.”

This is a treasure chest, though it never held gold doubloons or precious gems. When you lift the lid, with its brass plate engraved with the name “Erskine Hazard,” you find a velvet-lined tray of drafting tools made in the late 19th century by Theodore Alteneder of Philadelphia.  Now Alteneder was famous for his precision tools, but these didn’t belong to Erskine Hazard, who was born on this date in 1789, and died in 1865.

Hazard is one of the towering figures in the history of the D&L Corridor. He and his business partner and friend Josiah White created a mining and transportation network, the Lehigh Coal and Navigation Company, that brought anthracite coal into wide use and triggered the American Industrial Revolution. They did this with a combination of courage, perseverance, and boldly creative inventiveness. 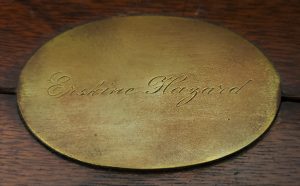 Detail of the engraved oval embedded in the wooden case, reading “Erskine Hazard.”

Less is known about Hazard than the somewhat self-promoting White, but he had the benefit of a Princeton education in the sciences of that time. It is not documented, but it may have been Hazard who worked out the mathematics and the route of the eight-mile stone road from the first mine on top of Sharp Mountain to the banks of the Lehigh River where the coal was loaded onto boats. This was the first road in the United States to have a “standard declivity,” that is, to have been built with a nearly uniform slope –and it became the route of the first real railroad in the nation.  And it was Hazard who was sent to Wales to procure the patent rights to the combination of anthracite coal and the hot blast for smelting iron—and who came home not only with the rights, but the man who built the first successful anthracite iron furnace in the US. 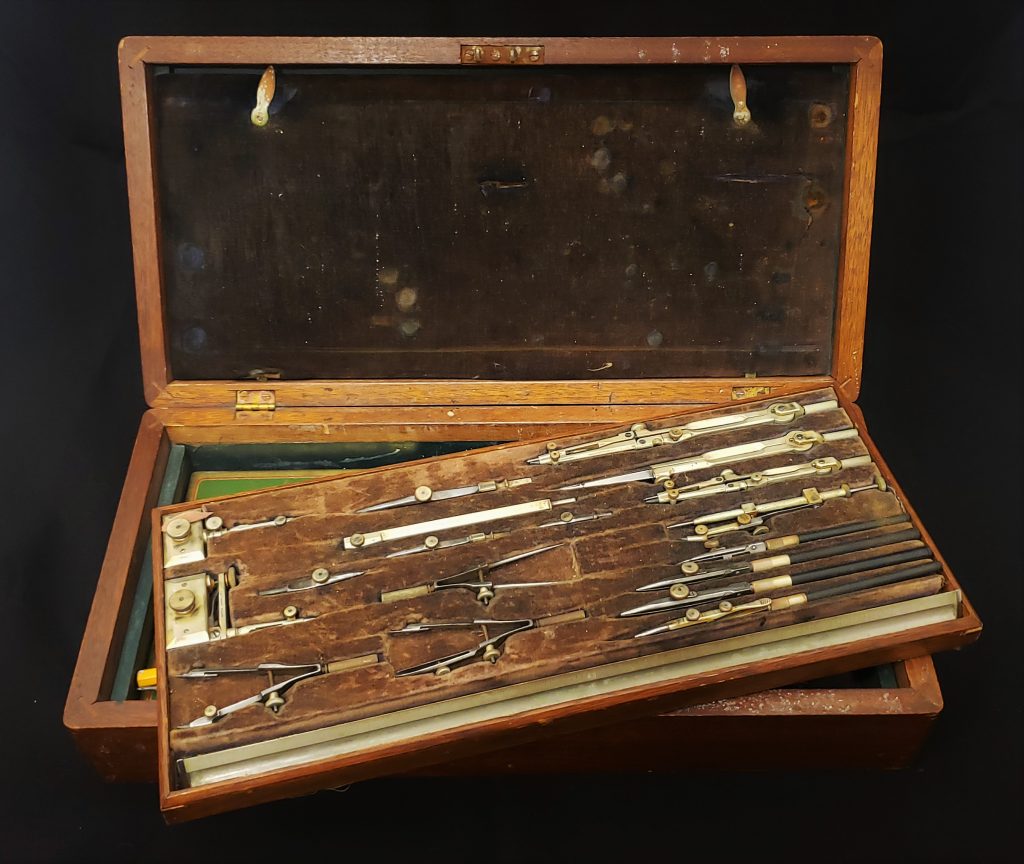 Interior of the case, with removeable tray holding drafting tools

Heirlooms that are cherished and used are a family’s best links to their forebears. Hazard’s box was passed down through the generations of his descendants in the Cox family after his daughter Mary married James Sitgreaves Cox around the time of the Civil War. One of them, possibly their son John Lyman Cox, used the box to hold his Alteneder drafting tools. At some point before World War II, someone put a green metal Lucky Strike cigarettes box under the tool tray, and filled it with blocks of water color paints.  Someone, maybe Erskine’s great-grandson James Cox, a mechanical engineer who was superintendent of Bethlehem Steel’s forging department, kept short pencils in it. Like all the best heirlooms, the box was both cherished and used, until Jim Cox donated it to the National Canal Museum in the early 1990s. Where it is treasured as a direct link to Erskine Hazard, the man we remember today.