The Canal Symposium Made and Recorded History

The Canal Symposium Made and Recorded History 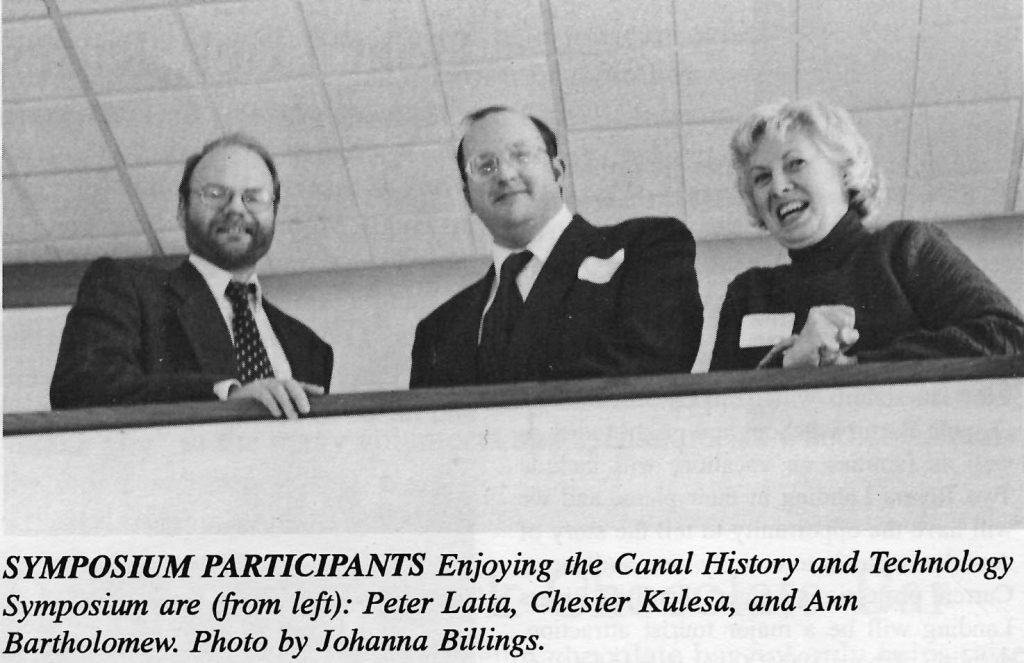 ‘Twas the night before the Canal History and Technology Symposium, and one eager attendee told his wife he was going to bed early.  “This is like Christmas,” he said. “If you go to bed early, it gets here quicker.” 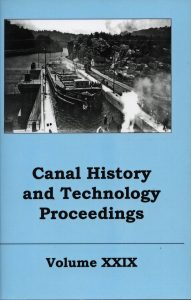 That really was the way that a lot of canal buffs, industrial history experts, iron and steel technicians, civil engineers, and Lance Metz’s wide and interlocking array of professional and personal friends felt about the annual March Symposium.  It was a combination reunion, academic seminar, networking event, and educational history experience. It brought together university and museum historians, technical and industrial experts, and dedicated amateur researchers. A unique aspect of the Symposium was that the quality of the papers and presentations mattered much more than strings of letters after people’s names. Thanks to expert editing and layout by Ann Bartholomew, the Symposium papers presented that day were handed to all participants in well-designed, printed and bound Proceedings on the day of the event (a rarity at most conferences of any kind), and established the National Canal Museum as the leader in publishing the histories of American canals.

There was also an excellent lunch.

The first Symposium was held on January 30, 1982, the year after Metz joined the Museum as historian.  It was a project of the Friends of the Hugh Moore Park, a nonprofit that was dedicated to developing the recreational, historical, and educational development of the Park, and backed the Canal Museum along with the Pennsylvania Canal Society. The previous year, the Friends and Metz had created the Center for Canal History and Technology as a way to study and preserve the history and heritage of towpath canals.

The papers presented at the first Symposium at Lafayette College, (the date later moved to mid-March during spring break) reflected the fact that canal history is intimately tied to the anthracite industry and to the development of civil engineering and the railroads. Among them were new biographical information about John Roebling, bridge builder Charles Ellet, and canal engineer Canvass White; an analysis of the southern Schuylkill anthracite trade; and a study of the Pennsylvania Coal Company’s gravity railroad. Over 100 people attended, from several regional canal societies as well as the Hagley Museum, the State Museum, and the University of Pennsylvania; on the post-conference survey, everyone requested that it be an annual event.

The Symposium was held each year through 2011. Attendance averaged 110 people, and never dropped below 90 until the last year. Some were focused on one theme, such as the anthracite-carrying canals, the iron and steel industry, and anthracite mining. Even then, the papers examined different aspects of the topic, such as Lafayette engineering professor Charles Best’s study of the historical significance of the engineering records of the Lehigh Coal and Navigation Company, and a presentation on the restoration of the Roebling Delaware and Hudson Canal’s Aqueduct by Sandra Speers of the National Park Service, both in 1987. The 15th Symposium in 1996 included the first academic study of Hugh Moore and the Dixie Cup Company, Virginia’s 19th century iron industry, the first phase of Dr. Charles Wrege’s study of Frederick Taylor’s efficiency research at Bethlehem Steel, and Robert Wolensky’s account of the Knox Mine Disaster that had the hundred-plus members of the audience on the edge of their seats.

Professor Wrege was not the only one whose on-going research yielded anxiously-awaited later installments. Multiple interesting and engaging presentations by Rider College’s Albright Zimmerman on the Delaware Canal, and Jim Thorpe’s Vince Hydro on the Switchback Railroad had people asking when their books were coming out. In fact, Zimmerman’s Delaware Division Canal: Sixty Years of Euphoria and Frustration and Hydro’s The Mauch Chunk Switchback: America’s Pioneering Railroad, each the most thoroughly researched and well-written book on their topic, were both published by Canal History and Technology Press. Several other books also grew out of Symposium papers, including Robert Wolensky’s Avondale Mine Disaster and Anthracite Labor Wars, and Kathleen Munley’s oral history compendium about the Carbondale Mine Fire. 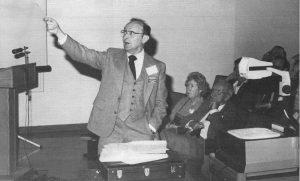 The importance of the Canal History and Technology Symposium was that it provided a platform for publishing significant historical information on subjects that do not often draw academic or commercial attention. Its most unique aspect may have been that many excellent papers were produced by people who were not academically trained historians but whose passion for a topic led them to do extensive and careful research, much of it in the years before the Internet.

The final Symposium was held in 2011. By then, the Great Recession had sharply limited the Museum’s financial capacity as well as the willingness and ability of many potential presenters to spend time and money to research papers and travel to Easton to present them.  “A thirty-year run for an event like this is an achievement we can all be proud of,” said Metz, who was retired by that time. “We’ve produced a solid record of historical research that will stand a long time.”

All of the Symposium papers are available in PDF form from the Archives of the National Canal Museum/Delaware & Lehigh National Heritage Corridor.  Limited numbers of some complete volumes of the Proceedings are also available at $5 per copy by ordering through www.delawareandlehigh.org