Once upon a time, a nine-year-old Black boy named Jimmy stood alongside the Delaware Canal in Bristol. He liked to watch the mules that pulled the canal boats.

What Jimmy didn’t like was school; it never seemed like they taught him anything he wanted to know.

Jimmy didn’t like home much either.  His mother had died when he was a baby, and his father took to bringing home lots of different women, but none of them wanted a step kid.   The last one told him that she would treat him like the way they treated Black boys down South.  Though Jimmy didn’t quite know what she meant, it didn’t sound good.

So, on this June day, when a boat came along, Jimmy called to the man at the tiller“Hey, mister! Give me a job!” The man told him to walk along with his kids, two boys and a girl who were with the mules on the towpath.  When the boat stopped at the next lock, Jimmy climbed on board.  “What do you want?” the boat captain asked. “I want food and some clothes, and a place to stay in the winter. And maybe a little spending money. That’s all,” Jimmy replied

“Okay,” said the captain. “Come along with us.”

So Jimmy Brown left Bristol for life on the Delaware Canal. 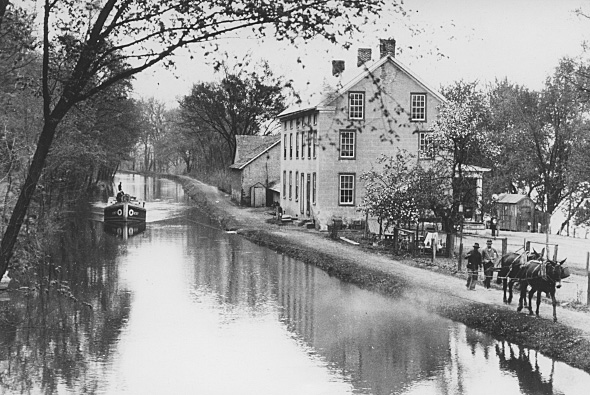 That “once upon a time” was 1910.  And this isn’t a Huck Finn-esque tale, it’s the real-life story of James H. Brown, one of the last boat captains to navigate the Delaware and Lehigh Canals, and one of the few African-Americans to work on the canals.

James Brown was born in Bristol on August 8, 1900, the sixth and youngest child of Philip and Ellie Brown. In the summer of 1910, he ran away and started driving mules for a canal boat captain. But on all the trips back down to Bristol, he stayed a few locks above town, because he was afraid he’d be sent to reform school for being truant.  A few years later, his captain, Schuylkill Elliott, was killed when he didn’t duck down far enough under Rabbit Run Bridge near Center Bridge. Jimmy was quickly taken on by Captain Charlie Cole, who also had a farm near Point Pleasant; Jimmy  spent the winters when the canal was closed.

“Everyone on the canal always treated me like I was family,” Captain Brown told Canal Museum historian Lance Metz in an oral history interview in 1982.  “Later I boated with John Free and at his house in Uhlertown, I slept upstairs with his boys, George and Howard.  People on the canal helped each other.  A lot of them was nice. But a lot of them was tough, too.”

With John Free and other captains vouching for him, Jimmy Brown became a boat captain himself at the age of 15. From then until shortly before the Delaware Canal closed in 1931, he ran boats from as far north as Mauch Chunk to as far south as the eastern Shore of Chesapeake Bay in Maryland, where his boat and three others were towed there to deliver Bucks County stone and cement to a pier building project. He hauled anthracite, stone, lumber, and topsoil, but he said, “No manure!” 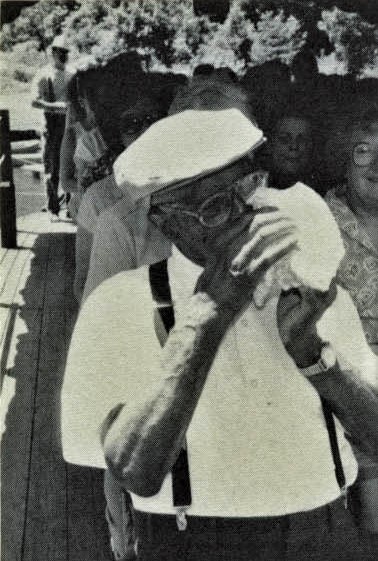 Captain Brown’s oral histories, audio recordings in 1982 and a 1991 video, are invaluable records of a unique way of life as well as of the last decades of anthracite canal navigation.  He drops nuggets of information about the day-to-day running of a canal boat: how to clean coal dirt from empty holds, how to steer in tricky places, how to harness the mules so each one pulls equally, how spend a comfortable winter in a canal boat cabin. He recites some of the Pennsylvania Dutch phrases he learned from boating on the Lehigh Navigation, where the dialect was common.

There were rough patches, too. By the 1920s, few people were willing to take jobs on the canal, and he admits he settled for some unsavory characters to drive his mules; when they caused trouble, Captain Brown ran them off and hired his nephew John as his driver.  He remembers shrugging off the occasional taunt about being Black, but also says that, unlike most captains, he never had a gun because he was afraid of losing his temper and shooting someone.

Unfortunately, neither of the oral history sessions with Captain Brown covers his life after the canals closed. We can guess it might have been hard to go to work for someone else after he had grown to adulthood as canalboat captain.  In the later video interview with him, he is a bit hard of hearing and his memory is a little hazy but it is clear that what he lived and learned in his canal days imbued the rest of his life.

You can hear Captain Brown’s story of his life on the canal at https://soleburyhistory.org/on-line-exhibits/oral-history/.