We’re excited to introduce Rachel Moser, currently interning with the National Canal Museum Archives.  Rachel is a senior at Moravian College, double-majoring in nursing and history.  She is assisting with preliminary research for the upcoming 2022 special exhibit at the National Canal Museum, which will examine women’s labor in the Corridor’s industries, especially in wartime. With the COVID restrictions, Rachel is a “virtual” intern, which has yielded some new ways of looking for sources of information—for her, and for us.  Here she describes some ways she has learned to think out of the academic box.

My Approach to Public History Research

I would have never thought to use YouTube as a source of research until it came time to find interviews with women who had done “men’s work” in industry. As a history major, I have been trained that search engines are not a reliable source. Thanks to this internship which has me delving into fairly recent history, I have learned that there are valuable primary sources that can be found online.

I was tasked with researching women’s roles in 20th century industry in the Lehigh Valley.  One of the most complicated tasks once assigned a project is where to start. I’m thankful to be part of the generation that was exposed to both book– and technology-based learning in my youth as I feel that I am far more adept in both fields than other generations may be. I decided to stick to one larger industry in order to maximize the information available to me in such a short amount of time as this is only a 15-week internship, so I chose Bethlehem Steel. 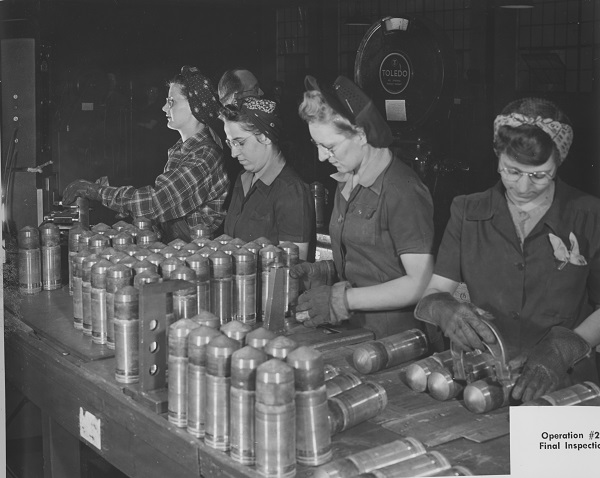 My first step for the Bethlehem Steel Women Workers topic was to recognize the sources I have to work with, which are more limited than usual due to the COVID-19 pandemic. However, I have access to several databases due to my institutional privileges, which allowed me to know what literature I would have access to before I actually dove into the research. I also tried to recognize what sources I have outside of academic journals and articles that I could utilize for ideas when researching. Local historical societies can be sources of information on smaller manufacturers and factories, but since all of them limit visitors and researchers right now, that option is not available

After my initial research on the general history, I attempted to identify a specific woman who took over a man’s job at Bethlehem Steel during World War II and tell her story. I found interviews with women in the plant in order to gather some names, but found that, alas, there was not a lot of research or information available about them besides the small amount of information they gave in the interview.

My internship advisor directed me to look for some things she would like to see in the project, which included payroll slips and worker’s manuals.  I am happy to report that I have found some of that kind of documentation. I found them by doing just a basic Google search. It’s important for researchers in public history to recognize that all research does not have to be from a complicated source, it can be from something as easy as a search engine. Unfortunately, those types of everyday records have usually been viewed as unimportant or are expected to be hidden from the public, so they aren’t as well maintained—or have been digitized– as some other documents. This is one reason that I have had a little trouble tracking down information specifically for women at Bethlehem Steel. 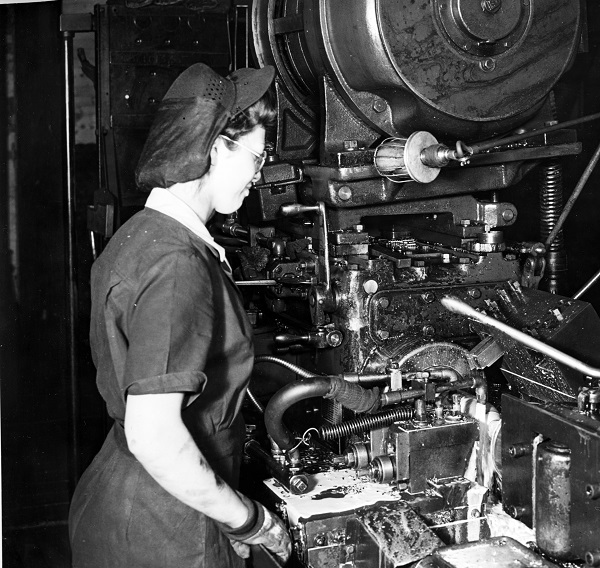 A woman working with specialized production equipment at Bethlehem Steel

Thankfully, there are several photographs of women working in the Steel plants and the labor manuals that were maintained give me a sense of the conditions in which the women worked in and what they were paid. As expected for the time period, the women were traditionally expected to work in the same conditions as the men with worse pay and no private areas.

Most of the sources that I am utilizing for my internship have been uncovered through this kind of research. The main point of advice that I have for anyone trying to do research as an intern in public history is to think outside the box.  You may just find a treasure trove of information that could change the entire course of your project.