The anniversary last week of Lincoln’s assassination and funeral brings to mind other impacts of the Civil War on northeastern Pennsylvania.  The deadliest one off the battlefield was the head-on collision of a train carrying Confederate prisoners of war and a coal train on July 15, 1864 near Shohola, in Pike County.

The 833 prisoners, guarded by 128 Union soldiers, were being taken to a prison camp in Elmira, New York. The train carrying them was supposed to have been following closely behind a regularly scheduled train showing flags to indicate that the track behind it was kept clear for the prison train.  But missing prisoners in Jersey City and an open drawbridge delayed the prison train by four hours. 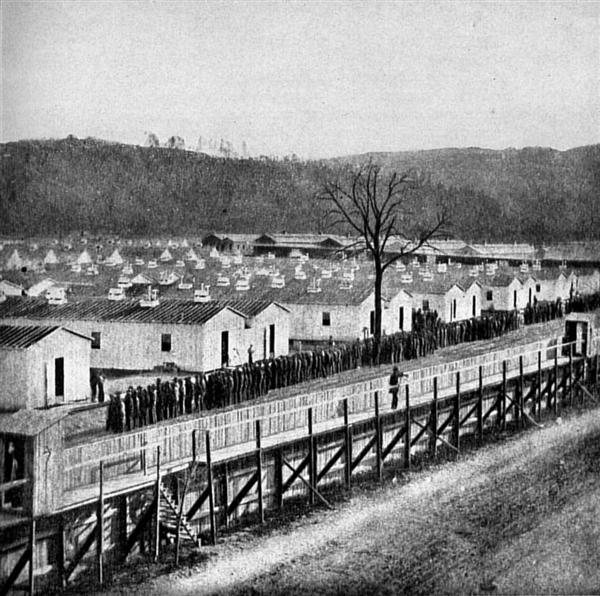 Camp Rathbun, the prison camp at Elmira, New York where Confederate prisoners aboard the train were being transported. Photo from Library of Congress.

A few miles north of Shohola at Lackawaxen Junction, a railroad telegraph operator mistakenly (or drunkenly) assumed the prison train had already passed, and allowed an Erie Railroad train of fifty loaded coal cars from Hawley on to the single track towards Shohola.  The track on the winding banks of the Delaware River and flanked by high cliffs, had several blind curves, and the engineers of each train could not see the other until they were less than 100 yards apart.

Though each was running at only 25 miles per hour, the impact of the two locomotives was cataclysmic.  A Union guard lucky to have been in the last car of the prison train said “The two locomotives were raised high in the air, face-to-face against each other, like giants grappling. The tender of our locomotive stood erect on one end.” The wooden box cars carrying the prisoners telescoped into each other with the impact, the dead and injured horribly mangled. 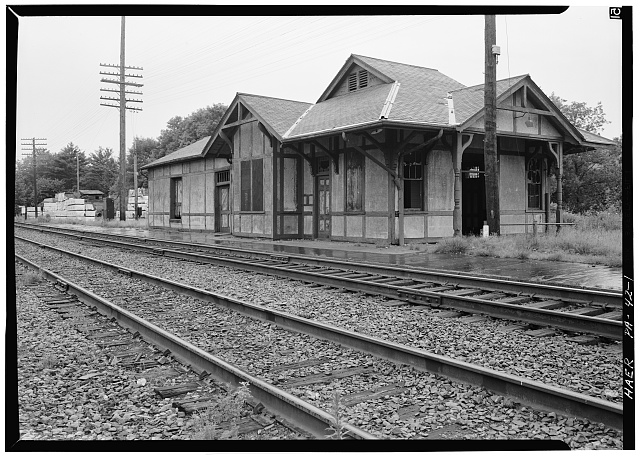 The Train Station at Shohola, where injured from the train were taken for initial treatment   Photo from Library of Congress.

People rushed out from Shohola and carried the injured to the train station there, while at least two Confederate soldiers were taken to a house across the river in Barryville, New York, where they died and were buried.  Altogether, both engineers, both firemen, a brakeman, 51 Confederate soldiers and 17 Union guards were killed. Some prisoners, perhaps as many as five, escaped and were never apprehended.  The dead Southerners were buried in a mass grave alongside the wreck, in boxes made from the splintered wood of the train cars, while their guards shared the grave though each was laid in a traditional pine box.

The care given to the injured by the people of both towns, regardless of which army they came from, was gratefully remembered for decades afterwards,  Both towns commemorate the lost soldiers every July. Fittingly, Shohola is said to be a Lenape word meaning “place of peace.” 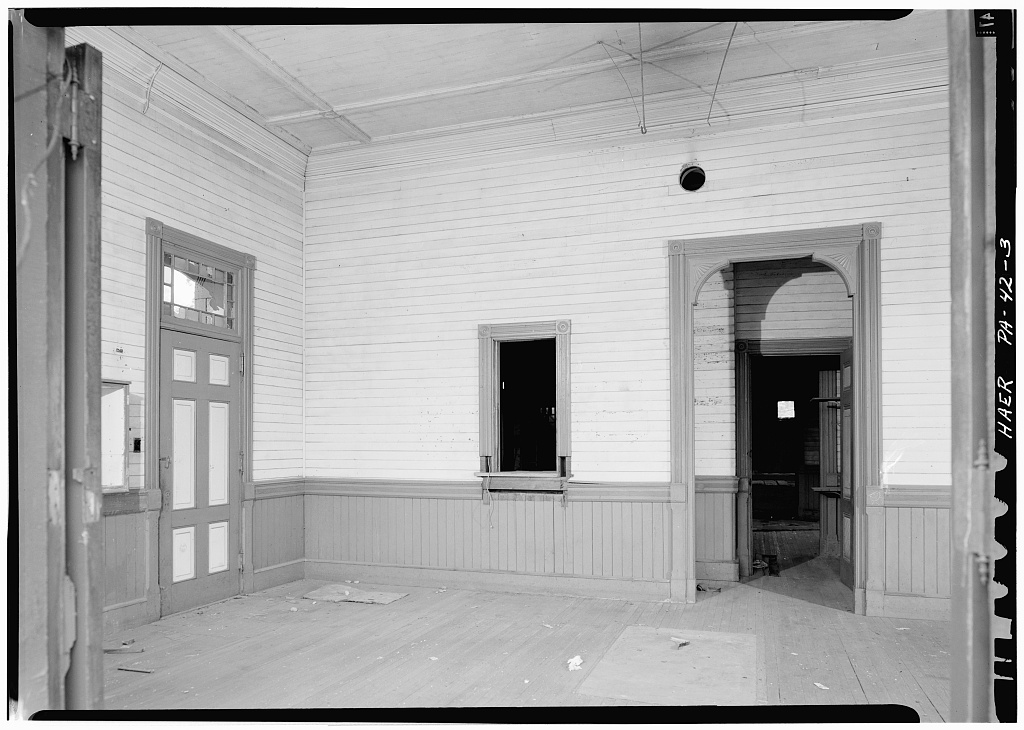 Wounded soldiers were tended to inside the waiting room at the Shohola Train Station. Photo from Library of Congress.

An inquest held within a day of the wreck exonerated everyone involved, including the man who switched the coal train to the main track. He fled, and was never heard from again. 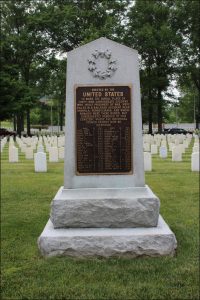 The dead men were moved in 1911 to Woodlawn National Cemetery in Elmira. A marker lists their names—the Confederate soldiers’ on the south-facing side, and the Union soldiers’ on the north.

To read more about the train wreck and the annual commemorations, go to: