PRIDE: The LGBTQ+ Community along the D&L Corridor

PRIDE: The LGBTQ+ Community along the D&L Corridor 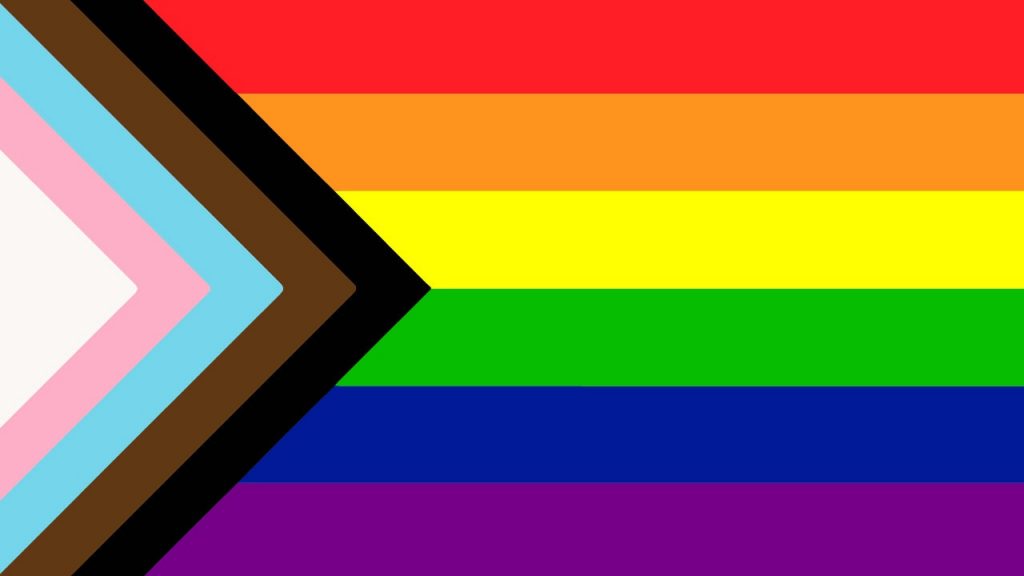 On May 21, 2014, same-sex couples across the Lehigh Valley lined up to receive, for the first time, legal marriage licenses.  Pennsylvania legalized same-sex marriage just a year before the United States Supreme Court legalized marriage equality across the nation in the June 26, 2015 Obergefell v. Hodges decision. 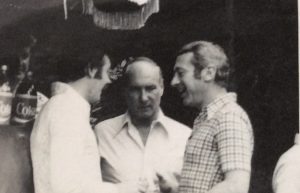 The celebrations marked a landmark moment in LGBTQ+ history, but members of the LGBTQ+ community have always been a part of the Lehigh Valley.  Uncovering early LGBTQ+ history is a difficult task, and it is likely that we will never know just how many of the workers along the D&L Corridor may have been closeted members of the queer community.  However, by the 1920s, homosexuals found a safe haven amongst the creative freedom of the New Hope community in Bucks County, according to the New Hope Celebrates History project.  In the 1960s, as the LGBTQ+ rights movement began to form, the New Hope area was known as a “hippy’s community,” and home to artists, writers, and actors – many of whom also found a safe refuge to live openly as gay.

LGBTQ+ Civil Rights protests began to take place in the mid-to-late 1960s, during a time when it was still exceptionally dangerous to publicly identify as gay.  On July 4th, 1965, protestors marched in front of Independence Hall in Philadelphia, holding signs protesting homophobic government policies.  These “Annual Reminders” were the first organized LGBTQ+ demonstrations in the country, and continued through 1969, when organizers shifted their support to the growing movement ignited by the Stonewall Riots on June 28, 1969. 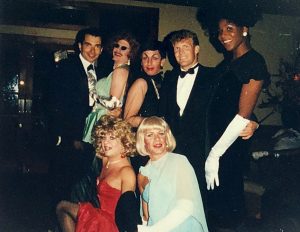 “The Raven Follies” in 1992, at The Raven club in New Hope, PA. Courtesy of New Hope Celebrates History.

Throughout the 1970s and into the 1980s, the growing gay-rights movement lent support to both those who “came out” and those who remained closeted.  Even for those who were publicly out, however, it was safer to keep the vibrant, joyful expressions of their identity and sexuality hidden in underground organizations and behind closed doors at private gatherings.  As the AIDS epidemic ravaged the LGBTQ+ community in the 1980s and 90s, the support and camaraderie of organizations hosting both celebrations and demonstrations became even more important.

In 1999 and again in 2000, President Bill Clinton was the first to officially declare June to be “Gay and Lesbian Pride Month,” in commemoration of the Stonewall Riots.  The LGBTQ+ community has continued to grow in visibility, in solidarity, and in influence throughout the 2000s and 2010s.  While many landmark advances have taken place, the community continues to fight for civil rights for its members.

While the archives here at the National Canal Museum are not a wealth of information on LGBTQ+ history, there are many other institutions in the Lehigh Valley who are carefully cataloging this fascinating and colorful history!  Dive into the digital archives of:

New Hope Celebrates, at www.newhopecelebrates.com (current events) and www.newhopecelebrateshistory.org (archival project).  New Hope Celebrates History was first developed in 2013 as a means to “capture the fading stories of our LGBTQ+ community.” The online archives feature biographies, photographs, artifacts, and digital exhibits, along with historical and present-day resources for the LGBTQ+ community.

The LGBT Center of Central PA, at http://archives.dickinson.edu/lgbt partners with the Dickinson College Archives and Special Collections document the stories and history of LGBT life and activism in Central PA.  The digital collection includes documents, images, and artifacts that have been donated to the LGBT History Project as part of this effort, and links out to oral histories and digital exhibits on the subject.  While focused on Central PA, the subjects overlap with the LGBTQ+ community in the Lehigh Valley, and provide a fascinating look into the broader history of LGBGQ+ rights within the state.