The Fourth of July: America and Iron

The Fourth of July: America and Iron

But did you know July 4 is also the 181st birthday of the American Industrial Revolution?

And that it also happened in Pennsylvania?

In the Lehigh Valley, in fact. 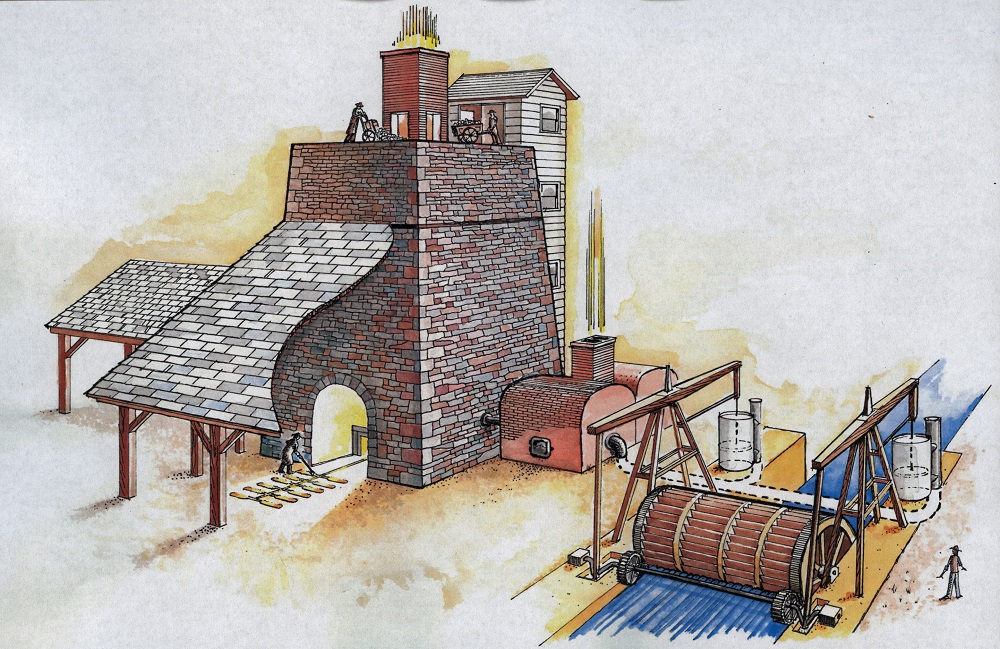 This artist’s rendering of Lehigh Crane Furnace No. 1 is by Dennis Gerhart, drawn from descriptions and a diagram in the memoirs of Thomas’ son Samuel in 1899. The stone furnace was 45 feet high with a 12-foot chimney, and 30 feet square at the base. The water wheel that supplied the blast was 12 feet in diameter and 24 feet long. The air was pushed through the stoves on the ground beside the furnace, heated to 600 degrees F., and blown into the furnace where the anthracite heated it to 2700 degrees F. Molten iron was tapped from the bottom of the furnace and guided into channels in wet sand on the casting floor.

On July 3, 1840, a Welsh iron master named David Thomas put his new anthracite-fueled iron furnace into blast on the banks of the Lehigh Navigation. He had been hired by the Lehigh Coal and Navigation Company to do this, because they wanted to expand the use of their coal to industry—specifically iron smelting, which was still being done slowly and in small batches in old-fashioned charcoal-fired furnaces.

The LCN’s goal wasn’t just to sell more anthracite, which was already wildly popular for blacksmithing, heating buildings, and cooking. The company’s directors, and especially the founders Josiah White and Erskine Hazard, wanted the US to finally enter the coal-powered Industrial Age of iron that had begun more than a century before in Britain. They knew the only way to do that was to move America beyond its only two sources of energy and manufacturing power:  wood and water. 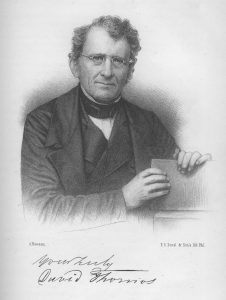 Thomas had spent most of his career in Wales trying to smelt iron using the anthracite coal that was mined near the Ynescedwin Ironworks.  But it wasn’t 1837 that he and the owner, George Crane, combined the high heat of the anthracite with a blast of super-heated air forced into their furnace and began producing lots of high-quality iron.  The following year, Erskine Hazard and his son Alexander travelled to Wales to investigate the process and returned with Thomas’ signed contract to come to Pennsylvania and build an anthracite iron furnace on the Lehigh.

In August, 1839, Thomas broke ground for his furnace at Lock 36 on the canal, a site the LCN purchased near Biery’s Bridge because it had sufficient water power to drive a waterwheel to push the hot blast. Surrounded by German-speaking farmers and lacking nearly all the equipment he needed, Thomas weathered eleven months of “many vexatious delays” before the furnace was blown in at 5PM on July 3. Less than eighteen hours later, on “that memorable Fourth of July,” Thomas cast four tons of pig iron—as much as a charcoal furnace could produce in a week.