On August 15, 1914, the S.S. Ancon passed from the Atlantic to the Pacific via the Panama Canal—the first ship to make the transit.  Aboard were 200 dignitaries, a far cry from the millions of bags of cement and the hundreds of workers that the Ancon and her sister ship, the S.S. Cristobal, had hauled from New York to Panama since 1909 for the construction of the canal. 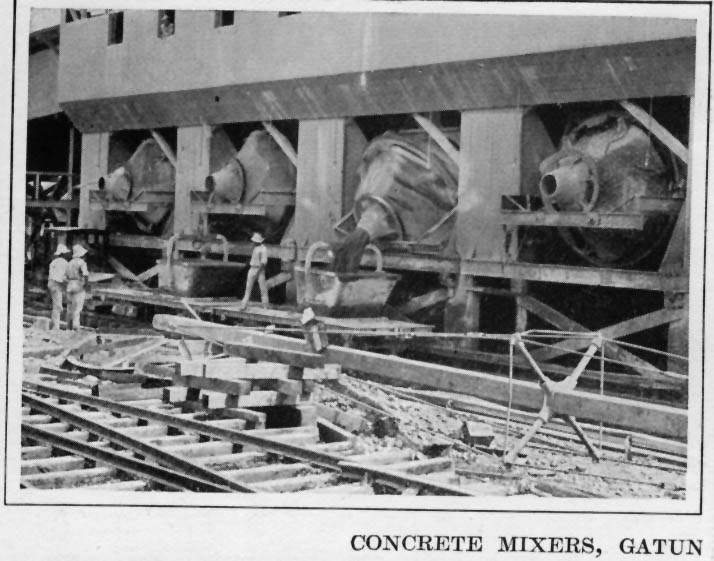 Concrete mixers. Concrete is a blend of cement, water and an aggregate such as crushed rock, sand or gravel that dries to a stone-like consistency.

With “canal” in our museum’s name, it is no surprise that our collection includes the historic photographs you see here, even though our main focus is on the earlier canals in our area that carried anthracite coal from mine to market. But there’s actually a vitally important part of the Panama Canal that came from the Lehigh Valley – 1.5 million tons of cement that was quarried, kilned, crushed, and bagged in Northampton by the Atlas Portland cement mill. 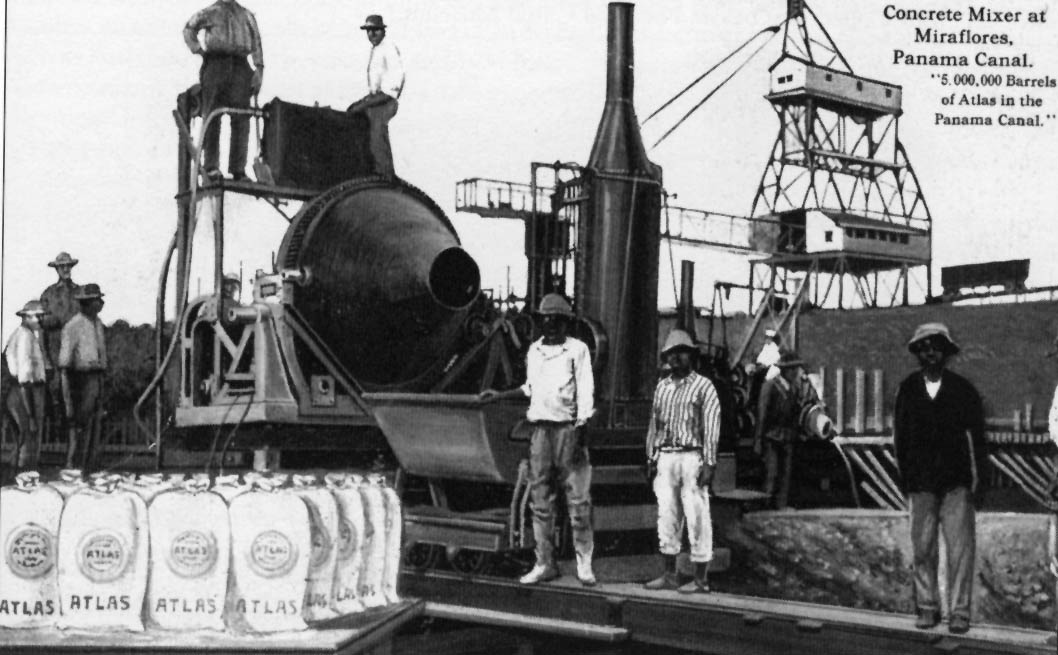 A postcard image of a concrete mixer and crew. It’s possible that the Atlas Portland Cement bags were added to the image later.

The Atlas Portland Cement company was a relatively young company, having been in business for just over a decade when construction of the canal started, but it was one of the few American cement companies capable of producing the vast quantities of cement that the unprecedented project required.  After French engineers abandoned an attempt to build a sea-level canal across the isthmus, American civil and military engineers convinced President Theodore Roosevelt that it was more practical and faster to build a waterway that incorporated a large artificial lake 85 feet above sea level with a series of locks at either end to raise and lower ships.  This plan actually drastically lowered the amount of excavation that the French plan would have required. 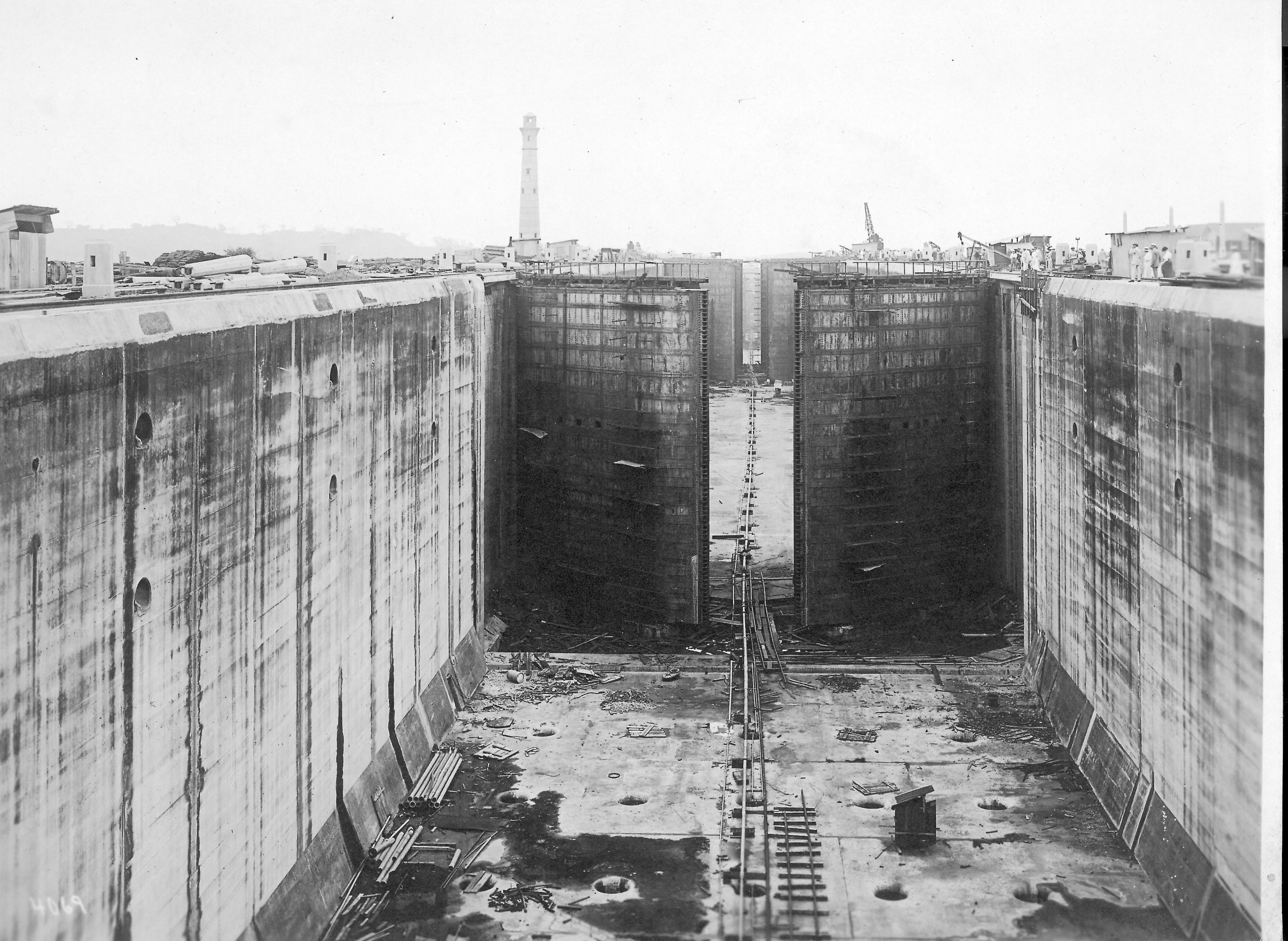 Inside one of the nearly-completed Gatun Locks

Building the canal was still an incredible challenge – it was the largest concrete construction project that had ever been attempted.  Creating Gatun Lake involved building the largest dam to that time, with the biggest, deepest lock system ever attempted.  Each of the six Gatun locks is 110 feet wide and 40 feet deep, making up a total of six steps (three up and three down) to complete a passage. The total length of each set of locks is nearly two miles, with two pairs of lock gates at each end as a safety measure. The six Gatun locks alone took over 2 million cubic yards of concrete to build – all the cement came from Atlas Portland’s Northampton plant.  The cement was rigorously tested both in the Atlas’ labs and again by the US government, and not a single batch failed. All told, 8 million barrels (cement production is measured in barrels, though it is mostly shipped in bags or in bulk) of Atlas Portland cement went into the concrete of the Panama Canal. 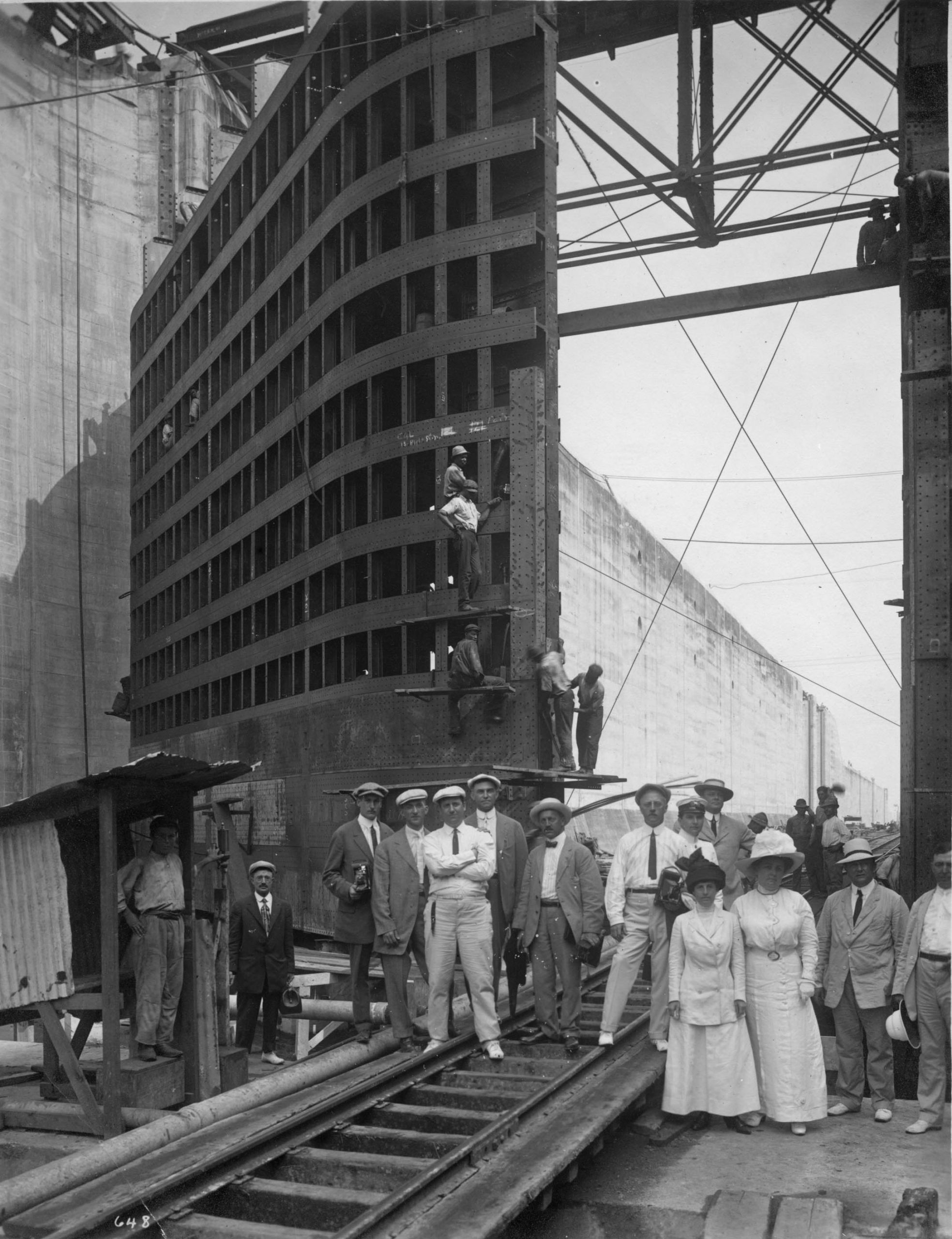 Visitors to a nearly-completed lock. The people on the ground and the workers on the lock gate show the size of the lock.

In 2016, an even larger set of locks opened alongside the original Gatun Locks, which are still in use.  The new locks – 70 feet wider and 17 feet deeper than the originals – became necessary as most container and carrier ships built today (the so-called “Panamax” freighters) are too big to pass through the original locks. Serious problems, including issues with the concrete, held up the opening of the new locks by two years. Meanwhile, the concrete made with Northampton County cement is still going strong.