The “heavy hitters”of the Delaware & Lehigh Corridor’s industrial history receive a lot of attention, deservedly so – it’s hard to imagine America’s Industrial Revolution without the “black diamonds” of anthracite coal, or the military, rail, and architectural innovations of Bethlehem Steel.  With innovations in the cement industry, the introduction of silk and other textiles, lumber, and minerals, the area is as rich in industry and natural resources as it is in history.

Way down at the very end of the alphabet, we find the often-overlooked metal, Zinc.  Used for everything from galvanizing steel to prevent rusting to making up a key component in the rubber industry, zinc is used throughout numerous industrial fields, and for many years, the Lehigh Valley area was a leading producer of zinc ore. 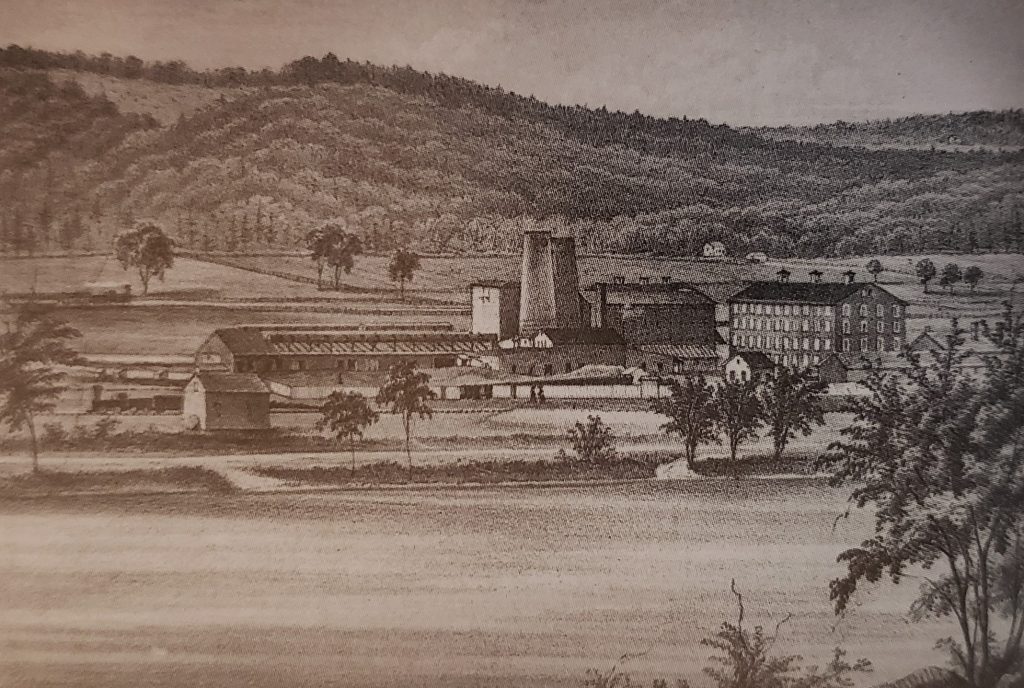 Pennsylvania and Lehigh Zinc Company’s works on the south bank of the Lehigh River in 1860.

Zinc was first discovered in the Saucon Creek Valley in 1845, when farmer Jacob Ueberroth noticed strange mineral deposits on his land.  Local Bethlehem educator and chemist, William Theodore Roepper, recognized the deposits as a zinc ore called calamine (yes, the pink lotion you may remember from chicken pox or poison ivy outbreaks!).  Philadelphia businessman Robert Earp, a major stockholder in the Lehigh Coal and Navigation Company, backed a small-scale mining venture, which yielded nine tons of zinc during the year 1846.  Without a local smelting industry, however, this initial venture soon ended.

Nearby Sussex County in New Jersey soon found itself in the midst of a zinc boom. The Sussex Zinc and Copper Mining and Manufacturing Company organized in 1848,  followed by a revolutionary new smelting and refining process developed by Samuel Wetherill in 1852.  Wetherill obtained the lease for the zinc mines on the Ueberroth farm in the Saucon Creek Valley, and perfected his refining process in partnership with Philadelphia investor Howard Gilbert.  In 1853, Wetherill and Gilbert founded the Pennsylvania and Lehigh Zinc Company, constructing an $85,000 (about $2.7 million in today’s money) zinc works on the south bank of the Lehigh River, opposite Bethlehem.    A small community, named Wetherill, grew up around the zinc works, eventually becoming the borough of South Bethlehem in 1865. 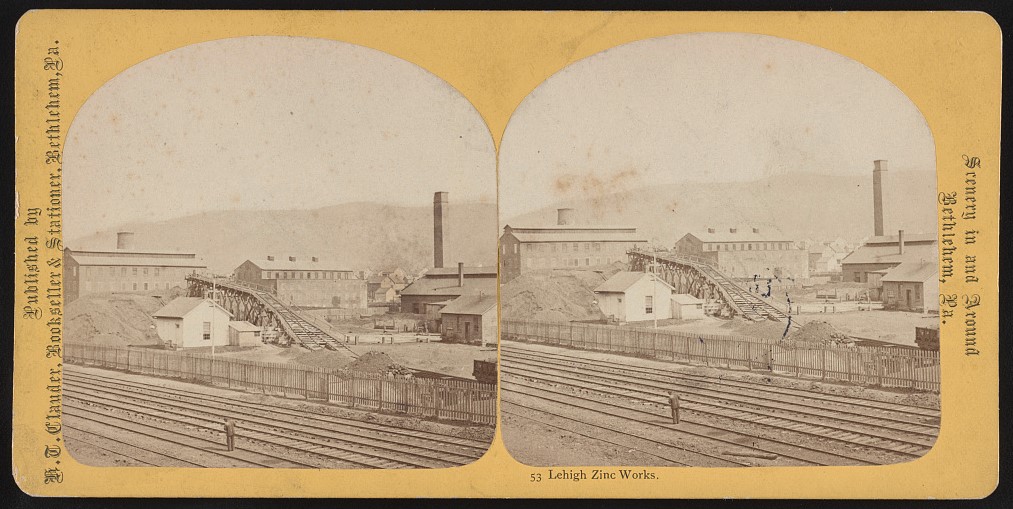 A stereograph of the Lehigh Zinc Works, courtesy of the Library of Congress

The American Civil War allowed the Lehigh Zinc Company to expand, as zinc was a necessary component of metallic shell casings.  In 1865, Lehigh Zinc developed a technique for rolling zinc sheets, popularizing the metal as a roofing alternative.  The increasing demand for zinc meant that by 1870, five mines in the Saucon Valley were extracting zinc – four open-pit mines at Ueberroth, Hartman, Correll, and the Three-Cornered Mine, and one deep-shaft mine at New Hartman, all under the operation of Lehigh Zinc until 1876.

In 1897, major zinc producer New Jersey Zinc – descended from the original Sussex Zinc and Copper Mining and Manufacturing – made a move to consolidate the zinc industry in the area.  By 1899, New Jersey Zinc had acquired the majority of its competitors, including Lehigh Zinc, and the Saucon Valley Mines.  The new zinc monopoly chose to consolidate its various operations on land originally purchased by Lehigh Zinc, in the Lehigh Gap.  This land, close to the anthracite coalfields, with good railroad connections to zinc mines in New Jersey, kept the prosperous zinc business in the Lehigh Valley, and led to the establishment of a model industrial community – Palmerton.

This image was published in New Jersey Zinc Company’s 1923 book celebrating the 25th anniversary of the founding of the town.

The development of the new zinc manufacturing facility and its associated community began in 1896, with the formation of the Palmer Land Company.  Owned by Lehigh Zinc and named for company president Samuel S. Palmer, the Palmer Land Company oversaw the construction of the new plant, with a powerhouse, oxide furnace, spelter-making facility, and office buildings.    The corresponding town, Palmerton, showed an unusual degree of concern for the resident workers, and included a wide array of social, cultural, educational, and recreational opportunities for all age groups, open to all residents of the town.  Today, the “Neighborhood House” built by the company still serves the community as the Palmerton Borough Hall. 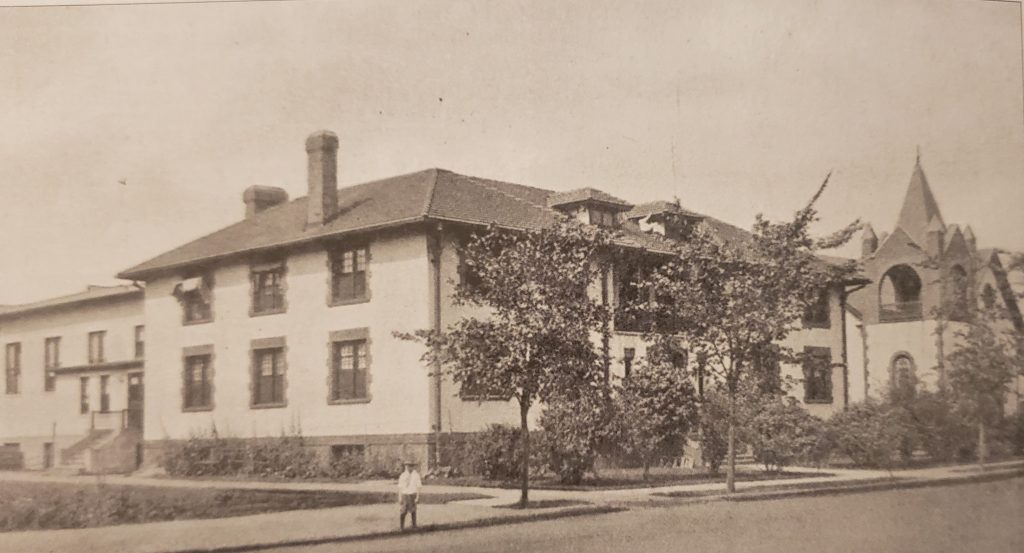 The second “Neighborhood House” in Palmerton, circa 1918, served as a social, cultural, and recreational center for the town. Today it is the Palmerton Borough Hall.