White Haven, PA: Lumber and Coal and an Engineering Marvel.

White Haven, PA: Lumber and Coal and an Engineering Marvel.

Nestled on the Luzerne County side of the Lehigh River, White Haven is a small but welcoming stop for many folks hiking or biking the D&L Trail.  It’s quiet now, but in the 19th century, White Haven was a major transportation hub for two major industries – anthracite coal and lumber. 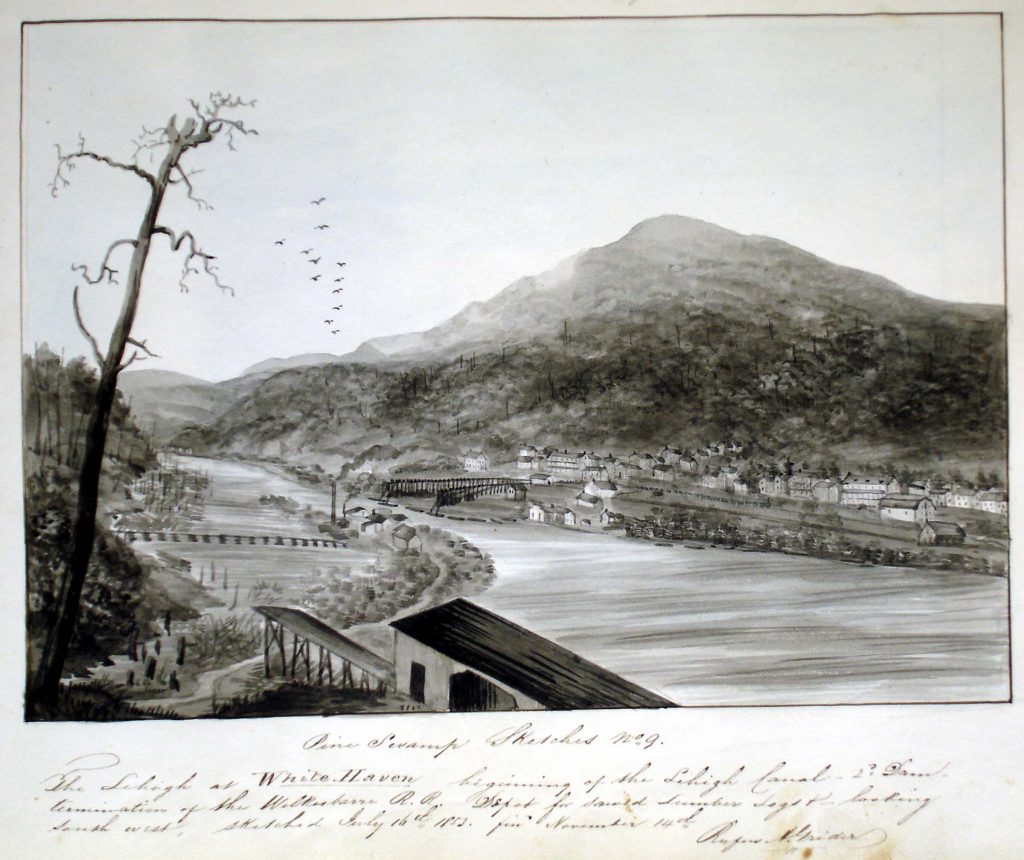 Rufus Grider was a Moravian artist and teacher in Bethlehem in the mid-19th century. The chutes where coal carried by the Lehigh and Susquehanna Railroad was loaded on to canal boats are in the center of this 1852 sketch of White Haven, while the sawmill area that cut lumber into boards to be carried on the boats is on the left. The drawings Grider made on the upper Lehigh in the 1850s are the only visual record of lumber operations in that region; they are in the collection of the Moravian Archives. Courtesy of the Moravian Archives, Bethlehem, Pa.

No one lived in the area along the Lehigh below Stoddartsville until the 1820s. That changed abruptly when the Lehigh Coal & Navigation Company (LCN) built the final leg of its water transportation network, the Upper Grand section, between 1835 and 1838.  While the LCN’s engineer Edwin Douglas was performing the engineering feet of making the narrow, rocky Lehigh River navigable as it rushed down the 600-foot drop through the Gorge, the company was buying up more and more of the still-wild land on either side. At the upper end of the new navigation, it bought a log cabin and a tavern built by the one and only permanent inhabitant, a man named John Lines, and started a town – White Haven.

Originally, it was called White’s Haven in honor of Josiah White. But Joan Gilbert, author of Gateway to the Coalfields: The Upper Grand Section of the Lehigh Canal, notes that everyday speech eventually shortened that to White Haven.  There were 500 residents soon after the Upper Grand was completed in 1838, and the town was incorporated as a borough only three years later.

The LCN’s new Lehigh & Susquehanna Railroad brought coal from its own mines and those owned by others to the north and west to coal docks at White Haven. From there, canal boats carried it to Philadelphia, and via the Morris Canal, to New York.

By 1840, the enormous demand for lumber lead to a large increase in the amount that was being floated down the Lehigh’s upper reaches and tributaries; more than three dozen sawmills opened in the first years of the Upper Navigation, four of them in White Haven itself.   For most of the 1840s and 50s, the revenue from lumber was almost equal to that of transporting anthracite. 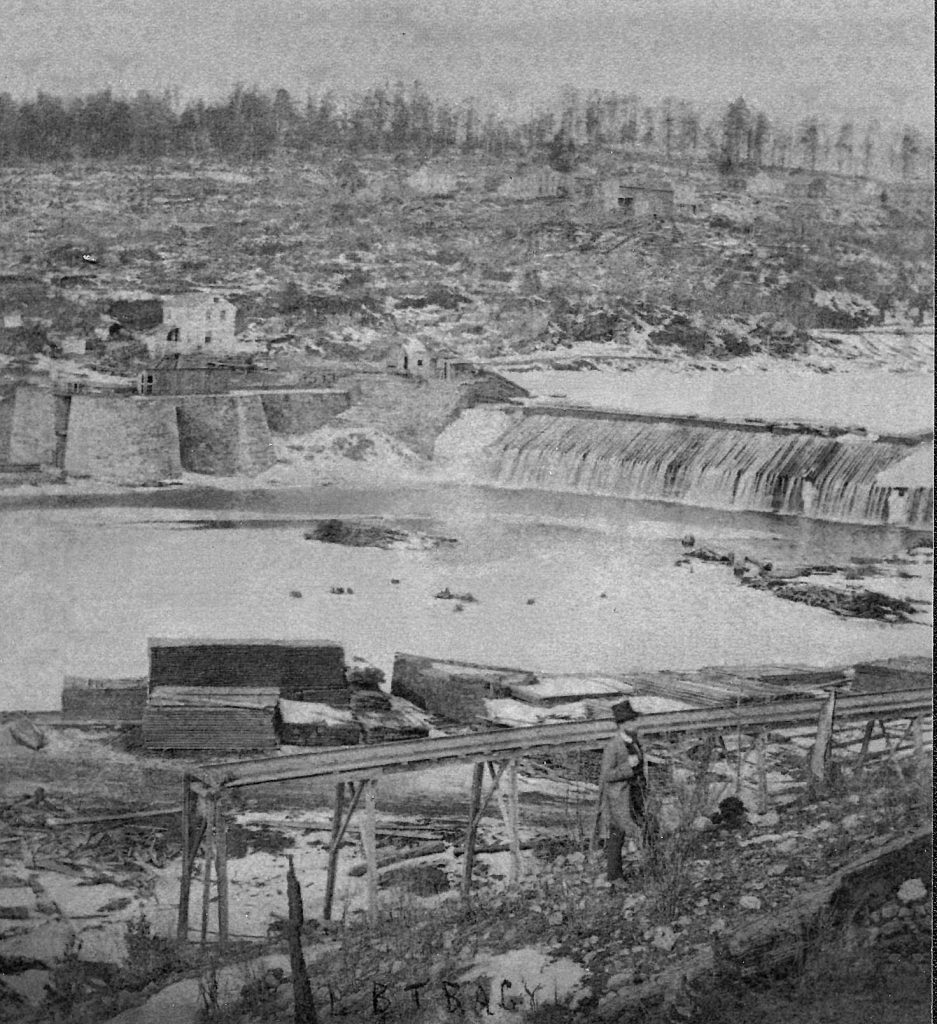 Photography was in its infancy when the Upper Grand section was at its height, so there are very few images of its high dams and deep locks before they were destroyed by the 1862 flood. This stereoscope image of the dam and Lock 29 at White Haven is undated but may have been taken in the 1850s. The lack of buildings shown here may be due to the short range of distance early photography could capture; it is also possible that the town was more developed below the dam and lock, as seen in the second image. F. Charles Petrillo Collection, NCM.

However, the lumber boom sowed the seeds of not only its own destruction, but that of the entire Upper Navigation.  The forests surrounding the river and for many miles on either side were essentially clear-cut.  In June, 1862 a torrential 30-hour rainstorm poured down on the Lehigh Valley.  The tributaries where thousands of logs were held behind small dams burst their banks and sent the lumber into the Gorge.  Rocks and toil tumbled down the denuded cliffs into the torrent, which gained speed and ferocity as it tore through every one of the lower 27 dams of the upper system, and then swept away every dam, lock and bridge from Mauch Chunk to Easton.

Though the dams just above and below White Haven survived with less damage, the Upper Grand was utterly destroyed. With railroads already in the ascendence, there was no good reason to rebuild. White Haven itself survived the loss of the lumber business, as well as several subsequent floods, and went on to continued prosperity thanks to the Lehigh Valley Railroad and the Central Railroad of New Jersey; it became the home of the Wilmot Engineering Company, which made mining equipment there until the 1970s.