In 4th month 1818 Erskine and I surveyed the levels of the River from Stoddartsville to Easton. The ice had not yet disappeared. We found no houses between Stoddartsville and Lausanne and laid in the woods for six nights.

Josiah White’s History Given by himself, 1832 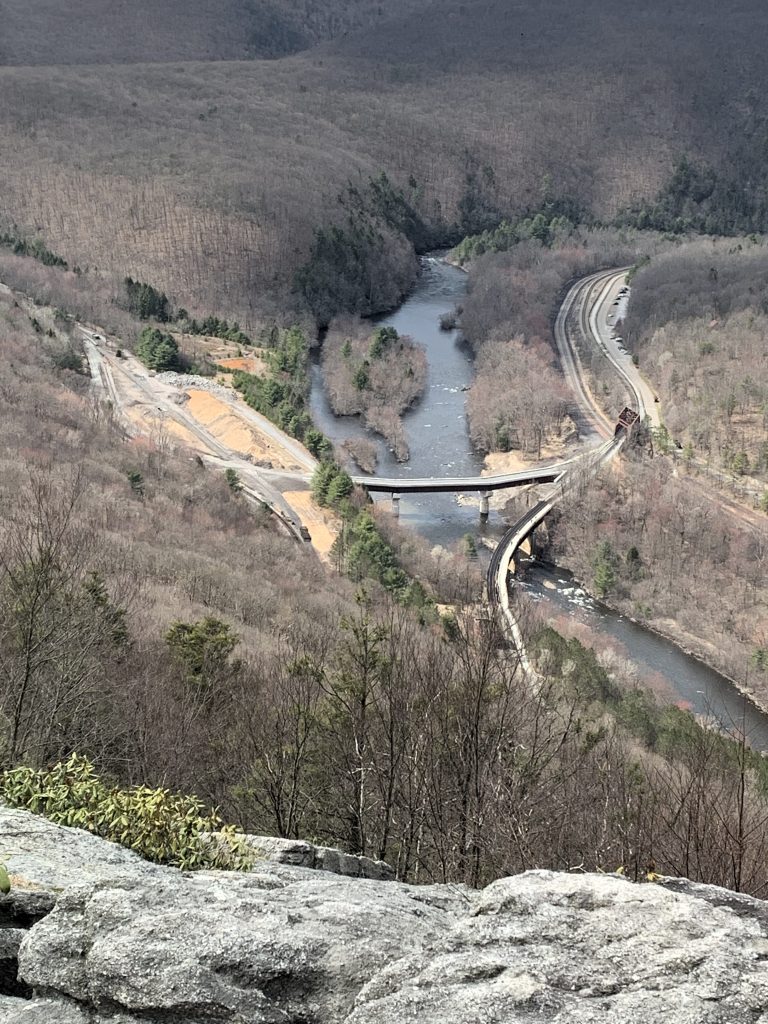 View of the site of Lausanne from the top of Mt. Pisgah, Jim Thorpe. Lausanne was located on the left bank of the Lehigh, opposite the small island that is visible just upstream from the upper bridge. The D&L Trail crosses the Lehigh on the lower bridge.

Now that it’s October, lots of folks are flocking to the mountains see the fall foliage.  Here at the D&L, we hope that many of them will hike or bike the Trail to immerse themselves in the always-spectacular scenery in Lehigh Gorge and northward. Along with the leaf-peeping in the lower parts of the Gorge above Jim Thorpe, you’ll be following some of the earliest routes that were used to move anthracite coal out of the mountains and down to market in far-away Philadelphia.

Josiah White and Erskine Hazard made their chilly bushwhacking way through the wilderness in 1818 to get a first look at whole length of the Lehigh River that the Pennsylvania legislature had essentially given them.  Their Lehigh Coal Company had just acquired a failed anthracite quarry in what is now Summit Hill, and White had convinced the legislators in Harrisburg that he had a way to economically transport the coal down the Lehigh.

They must have been greatly relieved to reach Lausanne, the only inhabited place between Stoddartsville and Lehighton. The village, on the river near the mouth of Nesquehoning Creek, boasted a few houses and the Landing Tavern, a stage coach stop near the first toll gate of the Lehigh & Susquehanna Turnpike. This road, an Indian trail that had been widened and hardened, was a privately-built stage coach route built in 1805 between Lausanne and Nescopek, on the Susquehanna.  A few years earlier, the previous owners of the anthracite quarry had tried to start shipping their coal from Lausanne. 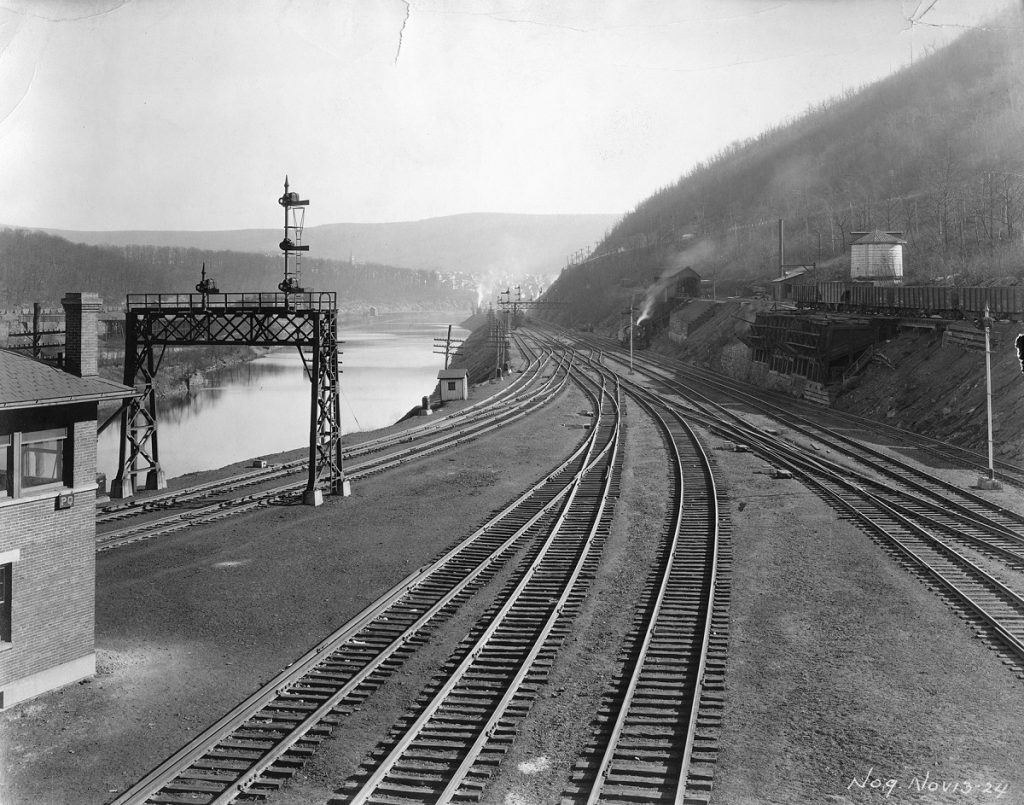 This photo of the Central Railroad of New Jersey’s tracks was taken a few hundred yards south of the site of Lausanne in 1924. Mauch Chunk is in the distance, the CNJ’s Nesquehoning Branch is on the right, and the main rail line northbound is on the left. The expansion of the CNJ buried the area that had been Lausanne in 1920.

There had been a sawmill there for several years, since lumber was the first resource exploited in that area. So the first coal “arks” were built in Lausanne, and there are stories, though not well- documented, that some coal was shipped down the Lehigh from there as early as 1805, but never in quantities that were economically feasible.

The Nesquehoning Creek Valley was wider and flatter than that of Mauch Chunk Creek and apparently White and Hazard originally intended to establish the Lehigh Coal & Navigation’s operations at Lausanne, but the landowner demanded more money than they were willing to pay for the site.  Instead, they built at the mouth of Mauch Chunk Creek, which was closer to their mine at Summit Hill.

And as they say, the rest is history.

Never more than a few houses and the Tavern, Lausanne ended up disappearing under the railroads. Jim Thorpe historian Vince Hydro says that Lehigh Coal & Navigation built the Nesquehoning Railroad right through the site, and it was later obliterated by the Jersey Central’s expanded freight yard between Mauch Chunk and Nesquehoning Junction.

The D&L Fall History Hike with Vince Hydro on November 14 will take us along the Lehigh from Jim Thorpe to Glen Onoko.  It will be an easy four-to-five-mile walk. Along the way, we will see the site of Lausanne across the river, and visit the ruins of Lock 2 of the Upper Navigation.   Watch https://store.delawareandlehigh.org/product-category/events/  for details.

If you’re planning a longer fall excursion on the D&L Trail, you’ll find a wealth of information and maps in 165: the D&L Official Trail Guide, available in the Museum Shop and  the D&L website.