Cruisin’ on the Canal

Cruisin’ on the Canal

Calling all Dixie alumni and their families!  Do you recognize anyone in this picture of a Dixie employees’ outing on the Delaware Canal from Easton to Raubsville in the fall of 1949? 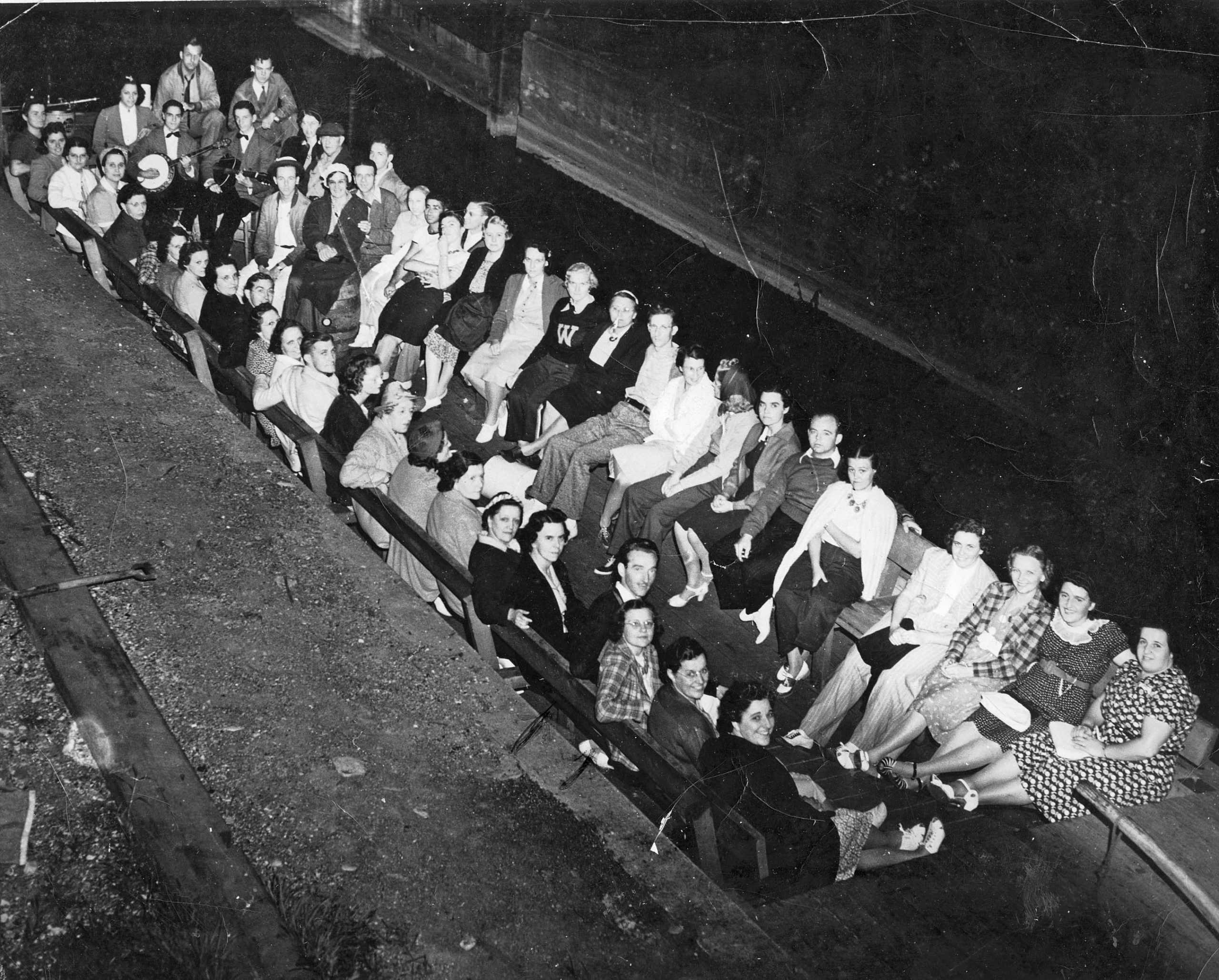 Dixie workers enjoy a fall cruise on the Delaware Canal, with bango and guitar music!

Archives intern Savannah turned up this photo in a box of pictures she sorted recently, and it’s definitely a keeper for our Dixie collection!  It was donated by Harry and Pearl Mutchler, who between them had 64 years of service with Dixie Cup in the iconic 25th Street plant.

Though the note that the Mutchlers sent with the photo calls the boat “a converted coal barge,” it was actually a former Lehigh Coal & Navigation work scow.  Wooden scows were used to make repairs to the canal and banks; they had shallow sides and a flat deck and could be pulled by just one mule. Their design meant that it was easy to convert a scow for a pleasure cruise, either by adding a table and chairs for a picnic, a group of chairs and a canopy for shade, or simply long benches along the sides, the way the Dixie folks rode. 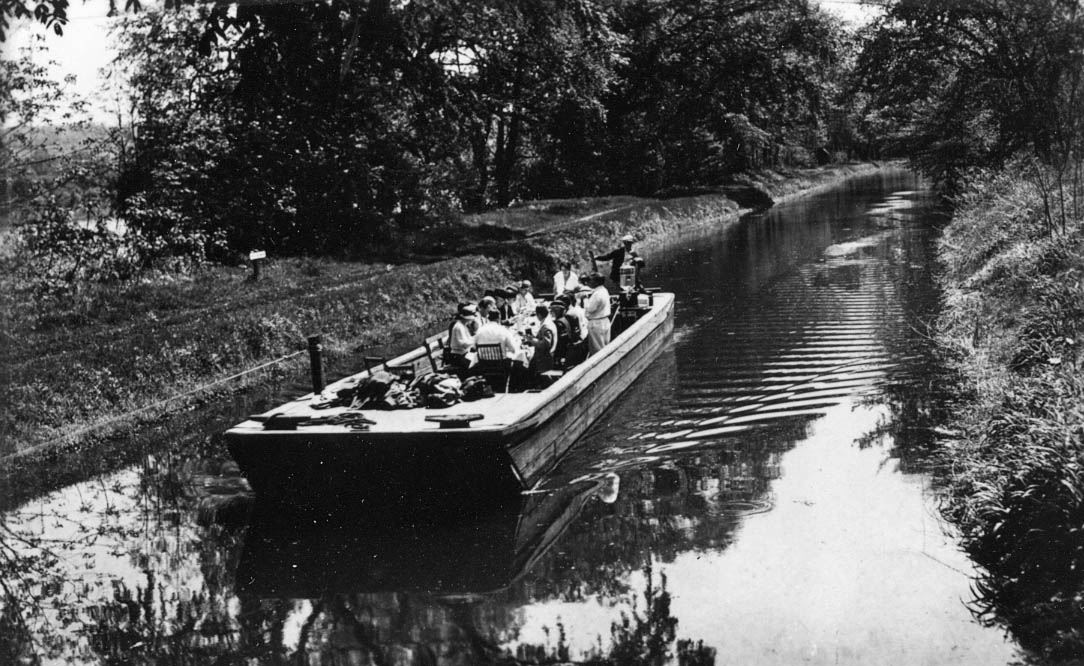 A picnic onboard a scow somewhere below Smithtown lock.

The Easton to Raubsville route was a popular excursion for church groups, Scout and summer camp field trips, and company picnics, because the level between Lock 24 at the entrance to the Delaware canal and Lock 23 at Raubsville was about six miles, making for a relaxing 12-mile round trip.  When the canal was working, excursions could only happen on Sundays, when the locks were closed and there was no boat traffic;  after coal shipments stopped in 1931, the locks no longer operated, so the scow rides could only move between locks.

At some point in this Dixie outing, they got off the boat for a “doggie roast” on the canal bank. (For those not familiar with old-timey Lehigh Valley-speak, that would be franks, not Fido.)

It’s unfortunate that the Mutchlers didn’t identify themselves in the original photo, but they did point out Joseph Kuebler, another Dixie worker who is the taller of the two men at the top of the photo. If you recognize yourself or anyone else in this group, please drop me an email at archives@nulldelawareandlehigh.org.  By the way, NCM’s photograph of a Camptown group of kids and adults on a similar excursion in 1940 is currently on display in the “Destination: Northampton County” exhibit. 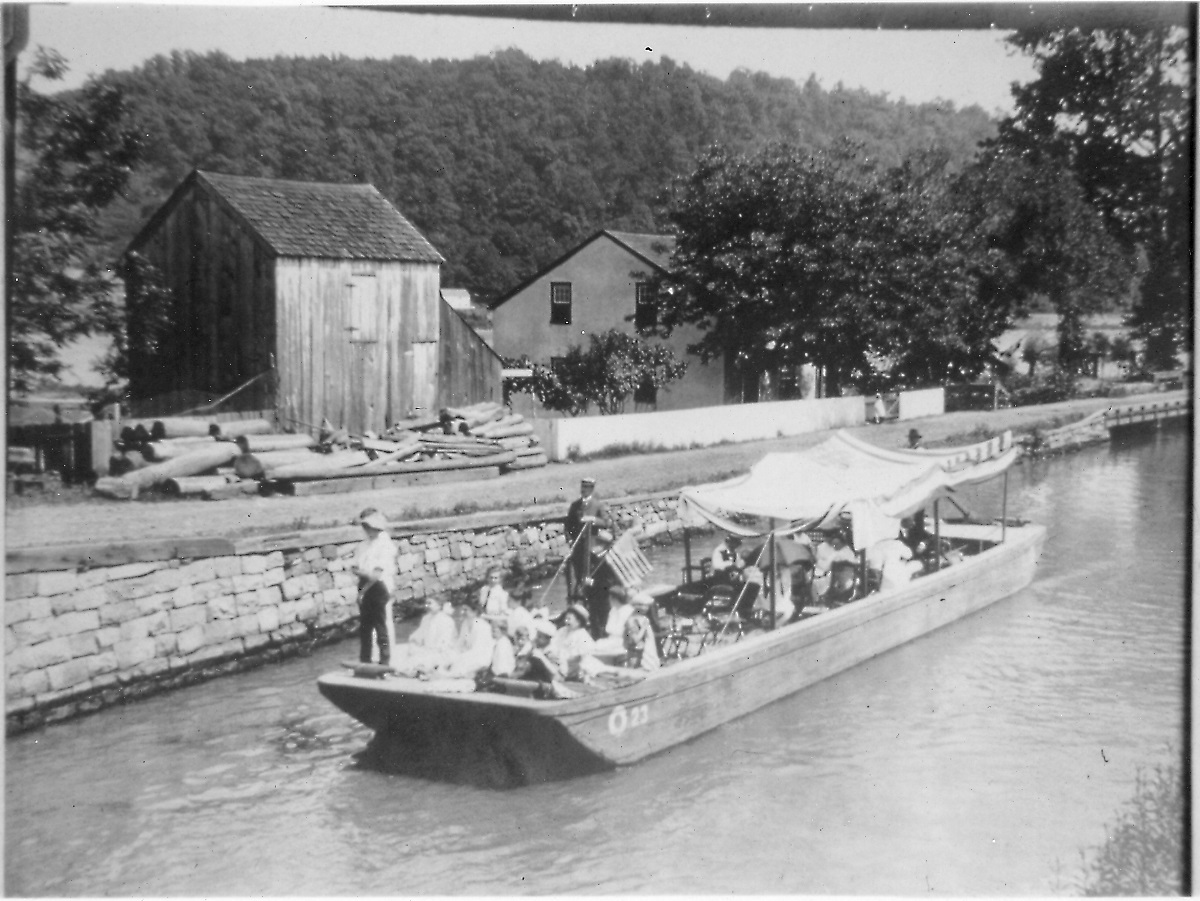 A scow excursion on a summer Sunday near New Hope.

The season for rides aboard Josiah White II is rapidly coming to a close.  But there are still some great events, including the Kids on the Canal Fall Festival on Oct. 16, the Sea Shanty Extravaganza dinner and a cruise on October 24  and the Haunted Boat Rides  Oct. 29-31.  Visit www.canals.org for details and reservations.