A Tale of Two Octobers: Disaster at the Lehigh Valley Railroad

A Tale of Two Octobers: Disaster at the Lehigh Valley Railroad

October was not a good month for the Lehigh Valley Railroad’s roundhouse and car shops in South Easton.

The four-acre complex along Canal Street was built in 1860 and greatly enlarged in the 1880s.  Several large brick buildings housed a foundry, forge, and machine shop, where over two hundred employees built and repaired freight cars.  According to a history and description of the railroad filed with the Library of Congress by Assistant Superintendent William H. Sayre, Jr in 1872, the roundhouse in use at that time was 200 feet in diameter with 28 bays where locomotives could be maintained and repaired. 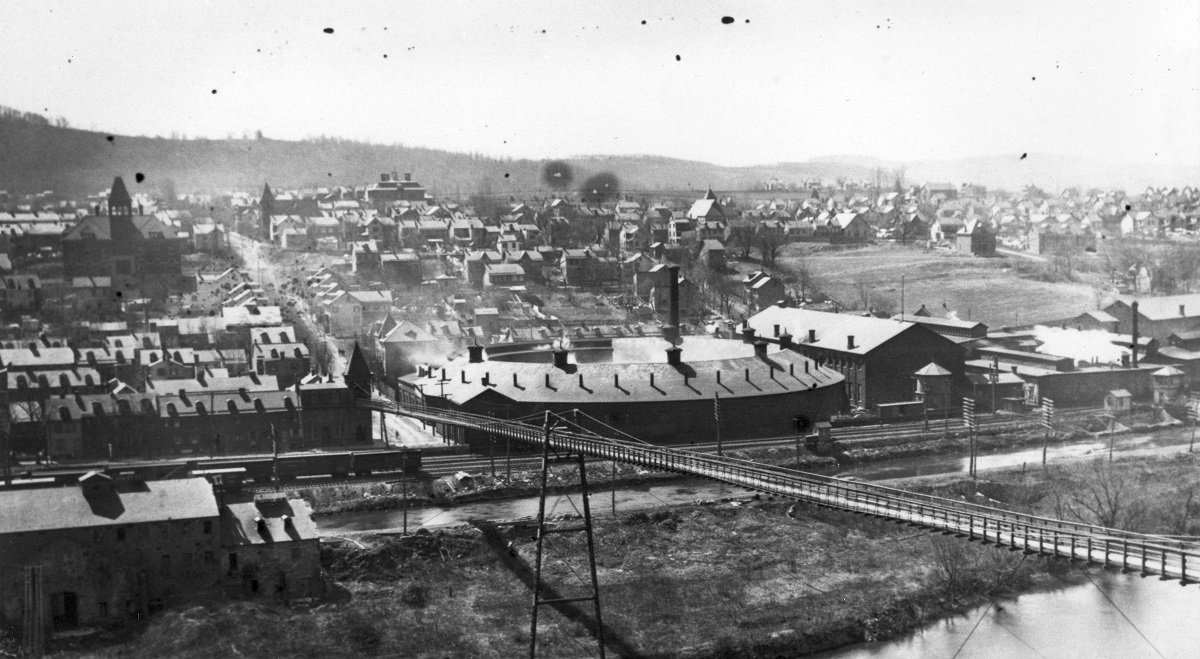 The 1880 Lehigh Valley Railroad roundhouse at South Easton, circa 1900. The pedestrian suspension bridge in the foreground is one of two that spanned the Lehigh River. This bridge, located at Abbott Street, was built in 1886 so workers could cross from the city to the railroad shops.

An even larger 36-bay roundhouse was built in 1880, but disaster struck on October 14, 1904, when “Without warning to the score of men at work in that part of the big building the roof of the southeastern section of the Lehigh Valley Railroad Company’s roundhouse … collapsed yesterday afternoon,” reported the Easton Express the next evening. “It went down with a crash that was heard blocks away.” The section that fell was more than 300 feet long, and at the time held nine locomotives, which the Express noted was a quarter of the roundhouse’s capacity.

Miraculously, only four men were injured and none seriously. The nine locomotives were extricated without much damage and put to use hauling the wreckage out. The Express suggested that the “most feasible explanation” for the collapse was that the beams and timbers supporting the roof were rusted and corroded by the steam from the locomotives and the gases given off by the coal burned in the engines’ fireboxes. The damage was estimated at $10,000 (almost $300,000 today). It is unclear if the roundhouse was ever fully rebuilt; later maps of the area show a roundhouse with only two dozen bays.

Two days short of 82 years later, on October 12, 1986, the empty shell of the roundhouse and the adjacent rail car maintenance building, both of which had been abandoned for more than twenty years, burned in what was originally termed a suspicious fire. The city of Easton had purchased the site for $38,000 in 1975. The Easton Express reported on October 13 that Mayor Sal Panto had envisioned the area as being redeveloped into a heritage site, including restoration of the historic buildings and a possible new site for the Canal Museum (which was located on Delaware Drive at that time.) Panto told the newspaper while the fire was still burning that the city was in talks with a developer who was interested in the property because of its historic significance.  “This is what a $5.8 million project looks like when it burns. It’s an expensive bonfire.” 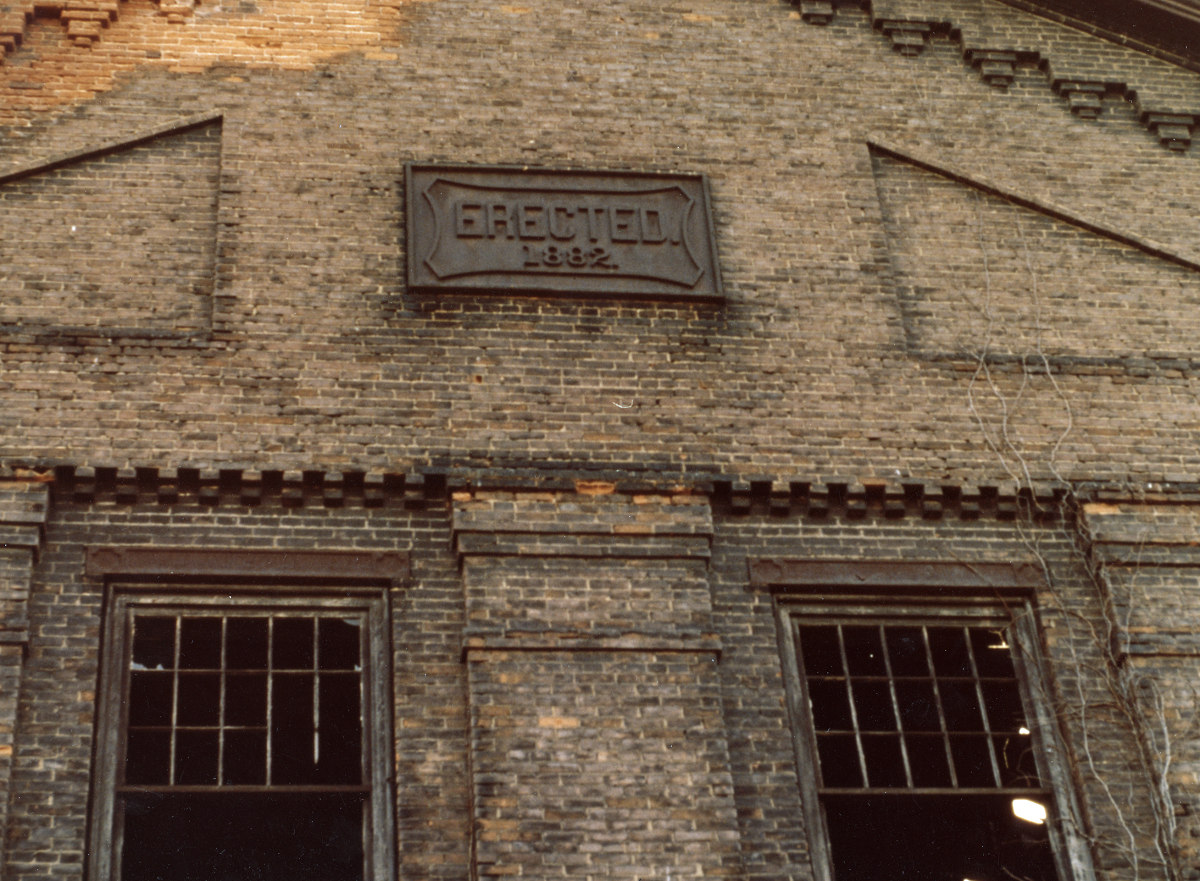 This LVRR car repair shop was one of the buildings constructed in the expansion in the 1880s by Robert Sayre. By the 1980s it had deteriorated to the point that it could not be salvaged. Canal Museum historian Lance Metz salvaged the date plate and several of the cast iron lintels over the windows, but only the plate remains in the Museum’s collection.

Two buildings from the railroad complex still stand along Glendon Avenue, behind Highline Auto Importers; they can be seen from the road and from the D&L Trail across the canal. One piece of another building that was on the site remains:  the date plate, shown in this photo taken in 1984 by Lance Metz, when he retrieved the plate before the building was demolished. It’s now exhibited on the portico of the National Canal Museum in Hugh Moore Park—a relic of the days when Lehigh Valley Railroad’s trains roared by on the track across the canal.