When you think of crops, you probably think of corn, wheat, pumpkins, apples, or any number of other cultivated plants, but in the 19th century, another crop was having its heyday, and you might be surprised to learn what it was: ice!

Although there are no exact dates for when ice harvesting was done here, we were able to find an article from the Easton Free Press dated April 15th, 1907, which states that 3 ice houses located on Smith Island were destroyed by fire. The buildings, owned by William Coyle of Easton, were empty, as Coyle had moved his ice harvesting company to the Poconos.

Before the days of modern refrigeration, blocks of ice were used to keep food cool and fresh year-round, during transit, at stores, and in the home. The process of ice harvesting required workers to use special tools to cut through the ice and guide the blocks to an icehouse where they could be stored for months without melting. This industry requires very cold winters, and ice harvesting companies were usually found farther north, but for a brief period in the late 1800s, Easton was home to its very own icehouse. At least 3 ice houses, we believe! 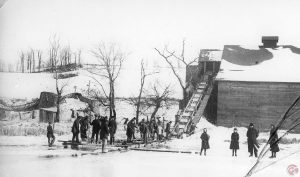 The Change Bridge on the left confirms that this icehouse was on Island Park.

The ice houses were located on Smith Island (also known as Island Park) in the Lehigh River, and ice was harvested from a body of water known as the Gut, a natural spring-fed pond within the island.

We know very little about the ice harvesting industry in Easton, but from photographs we can see one icehouse’s close proximity to the Change Bridge used by the canal.

The tools are stored in our Museum Support Center and likely came from an area at the northernmost boundary of the Corridor (or beyond!) but they are similar to those once used to cut and store the pure ice that froze in the Gut.

The tool below would be horse drawn, and plow into but not through the ice to score a line that would later be sawed through by hand. 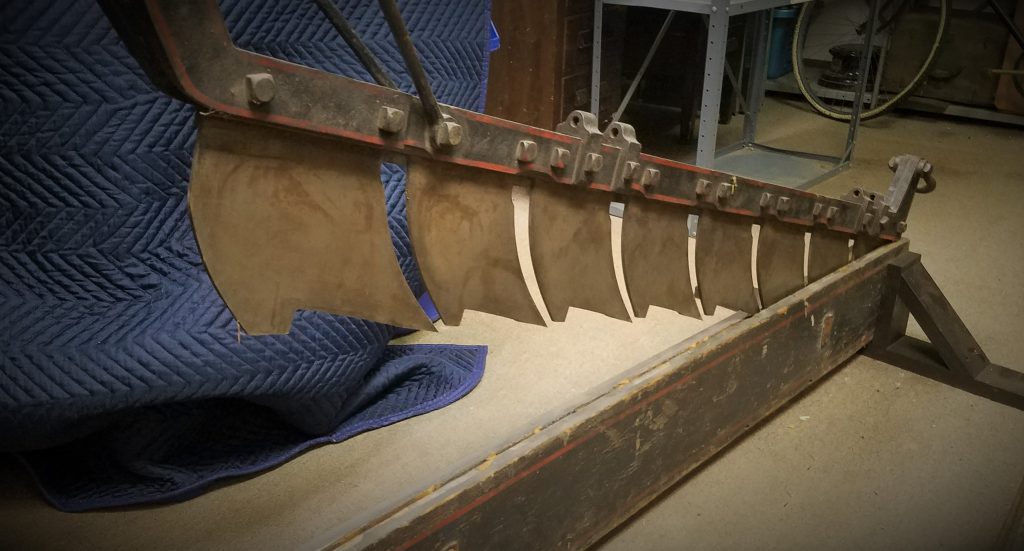 Horse Drawn Ice Plow. This close-up shows the teeth of an ice saw and the scabbard it sits in. 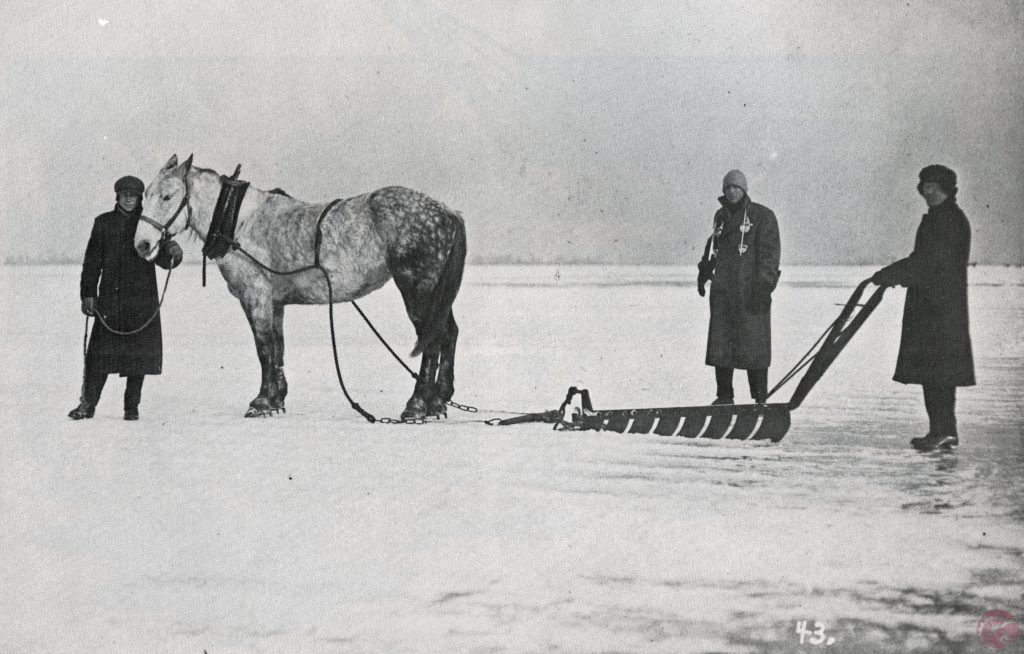 What an ice saw looks like in action: A horse pulls an ice plow on Sandusky Bay, Ohio. Photograph courtesy of the Rutherford B. Hayes Presidential Library, Fremont, Ohio.

Workers would then use an ice saw to cut the ice into squares, along with a pike to guide the blocks of ice toward the icehouse. 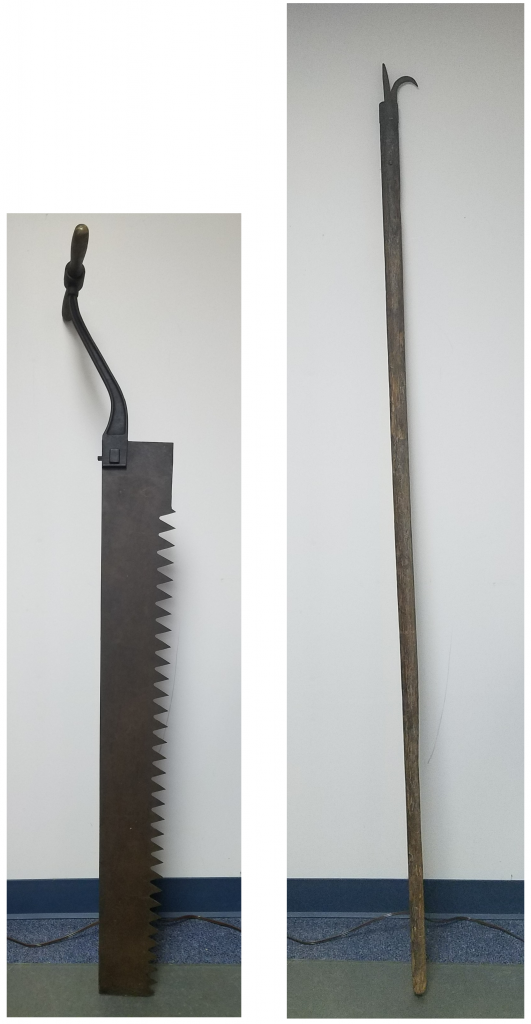