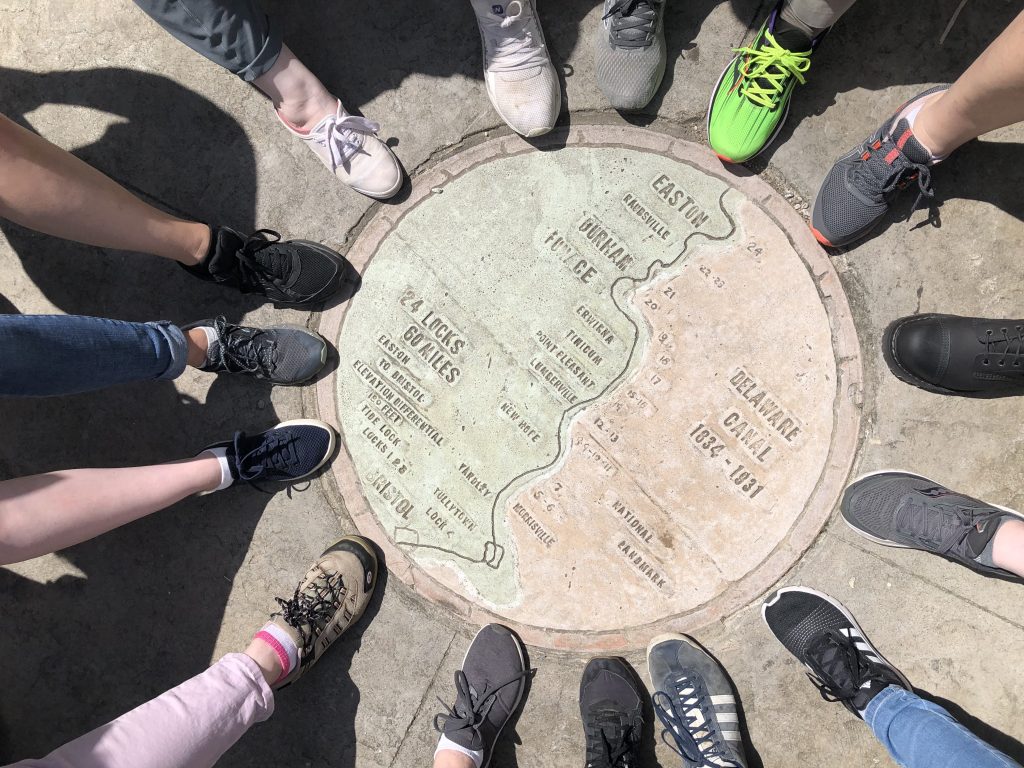 DLNHC staff at the southern terminus marking for the Delaware Canal Region.

It was well known that where a canal went, prosperity followed, and in 1827, residents of towns in Bucks County clamored for the chance to be the southern terminus of a new canal. The excitement felt by the people of Bristol when they were chosen must have been palpable, especially during the groundbreaking ceremony on Saturday, October 27th, 1827. The canal opened in 1832, but not before it faced several challenges. 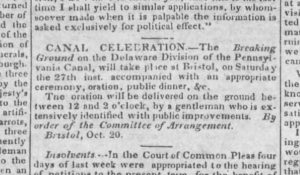 One of many articles about the upcoming ceremony.

Initially, the Canal Act of 1827 called for, among other waterways, a canal from Philadelphia or thereabouts up the Delaware River through Easton to Carpenter’s Point. Throughout the summer of 1827 the Canal Commissioners of Pennsylvania conducted surveys of areas along the river to identify a route for the canal and teams to construct it. They were also in deep conversation over where its southern terminus would be. After much debate, Bristol was chosen over places like Philadelphia and Scott’s Creek.

The day of the groundbreaking was one of great celebration for the people of Bristol. Attendance was high and there were several distinguished attendees, including a steamboat full of gentlemen from New Jersey. In fact, the New Jersey Legislature adjourned for the weekend so its members could attend. At 12 pm, hundreds of attendees, led by Chief Marshall William F. Swift, marched from the Delaware House (known now as the King George II) to a spot near Lock 3 where the ceremony commenced. The Rev. Mr. Thorn conducted a prayer followed by a speech from Peter A. Browne, Esq. The ground breaking was carried out by Mr. George Harrison of Hulmeville and Senator Peter Ihrie of Easton. After more speeches, music, and cheers, several in the congregation returned to the Delaware House for food and merriment. Construction of the canal began immediately.

In 1830, the canal was completed and opened – but closed almost immediately for repairs. Among the issues they faced were narrow locks (too narrow for the boats the Lehigh Canal was going to use) and a very leaky canal! Water supplies to the canal weren’t substantial enough and the base of the canal was too porous to hold enough water to float vessels. Canal Commissioners desperately reached out to Josiah White for help. Thanks to White, the canal’s issues were resolved enough to allow it to open and carry boats and cargo between Easton and Bristol. Although the initial plan was to have the canal continue to Carpenter’s Point and connect with the Delaware and Hudson Canal, that idea lost interest and was ultimately abandoned.

The Delaware Canal carried coal, cargo, and business to and from Bristol for nearly 100 years, until commercial navigation ended in 1931. 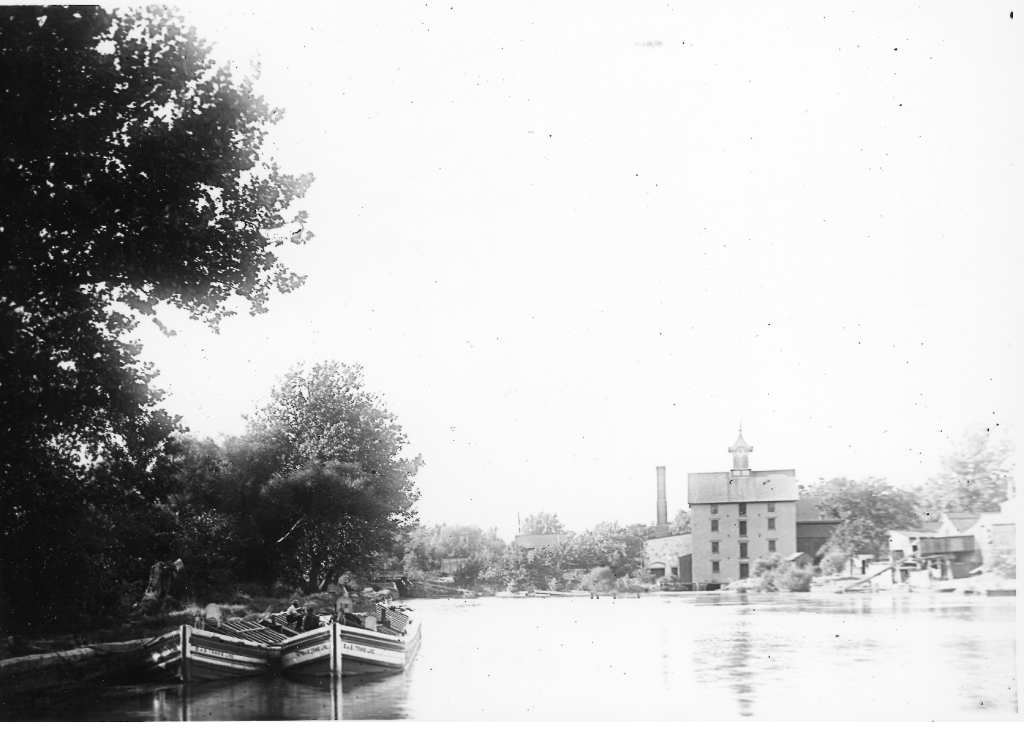 A view of the canal basin in Bristol from October 1898.